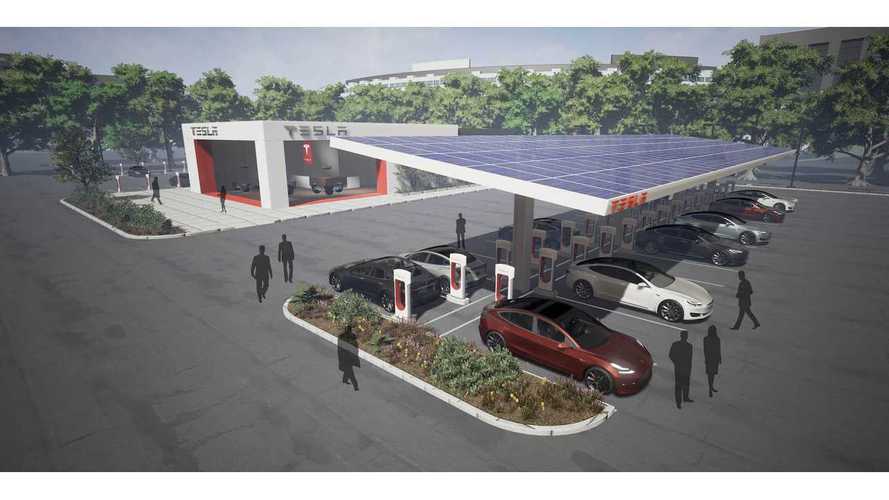 The County of San Bernardino has permitted a new Tesla Supercharging station with 40 spots at 71808 Baker Blvd, California, between Las Vegas and Los Angeles (see map).

It's the third 40-stall investment that we heard of in couple of days after Kettleman City, CA and Rygge, Norway.

When we checked the supercharge.info library, it turns out that currently there are just two 20-stall Superchargers available and four more under construction. Less than 50 (out of more than 900) have 12-18 stalls, so the switch to 40-stalls is a big jump.

Set of additional permits for Baker indicates that as in case of Kettleman , there will be solar canopys:

A 1 MWh / 5 Powerpack energy storage system also is part of the deal to not blow the power in Baker completely.

The problem with these 40-stall sites along the major routes could be the lack of shopping malls, but great location attracts fast charging stations - earlier EVgo announced Baker as the first site for 350 kW chargers.