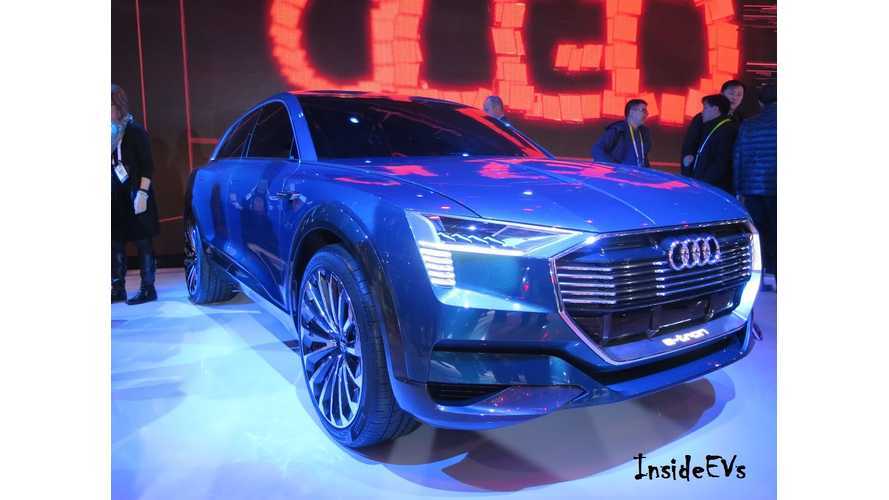 We have to say, it's hard to believe this day has come!

After enduring what seems like an endless lineup of long range, concept EVs from the VW Group over the past decade; and also some excruciating long press releases to go with them.  Audi has announced they are opening customer reservations on the all-electric e-tron quattro (a vehicle for which we really, really want to capitalize some letters for).

And for those interested, don't think that ~500 km range is some kinda of uber-optimistic NEDC number, as the e-tron quattro comes equipped with a large 95 kWh battery, 450ish km (280 miles) of real world seems achievable.

We still have yet to see the production-intent final design of the e-tron quattro, but it is dimensionally sized between the Audi Q5 and Audi Q7.  Audi notes the concept gives a "clear indication" of the final delivered product.

The e-tron quattro - a long range Audi EV you can actually own!

"Yes, I will be accepting my 150 kW CCS charge now please"

What we know about the Audi e-tron SUV so far:

Also of interest, Audi debuted the E-Tron Sportback (details, specs, gallery here) last week, a vehicle that is planned for production in 2019.

Or if you would prefer something a little different, the Audi e-Tron Sportback enters production in 2019