Other Automaker Execs Still Don't See Tesla As A Threat 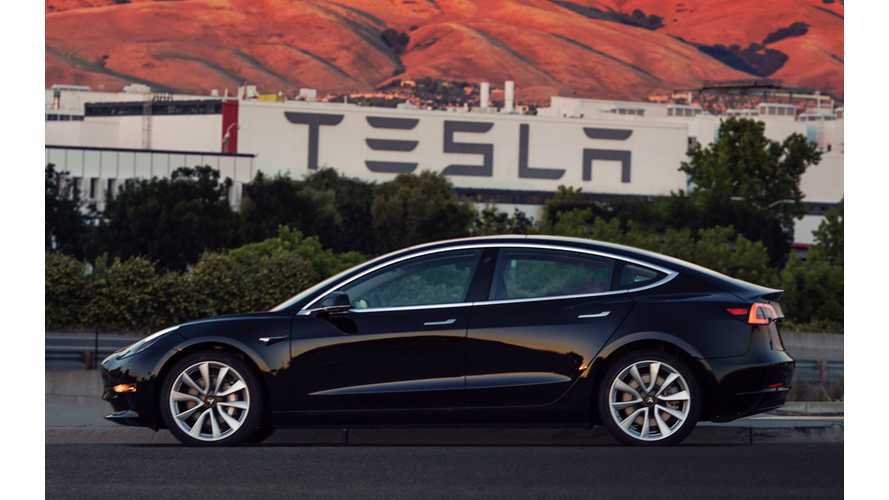 AUTO INDUSTRY EXECUTIVES CONTINUE TO DOWNPLAY THE THREAT FROM TESLA

Recently, another group of auto industry executives decided to brush off any notion that Elon Musk and company could pose a threat to their brand. Volkswagen CEO Herbert Diess said, "We see Volkswagen as the company that can stop Tesla, because we have abilities Tesla doesn’t have today."

In response to Tesla's Model 3, Toyota's North American CEO sniffed: "At gas at less than $2 a gallon, no ... I think is going to be great but today less than half of one percent of the industry are pure electric vehicles."

These industry executives are joining a chorus of others in the auto biz who've made it a habit of throwing shade at Tesla. When asked about Elon Musk, it appears many of these execs have copped a bit of an attitude. The incisive (and always cheeky) website, TeslaMondo, has been keeping track of these remarks over the years. Here are a few examples that showcase the defensive (and sometimes laughable) posture from the industry when it comes to the Silicon Valley electric automaker.

On July 31, 2013, Audi actually issued a press release on its website (quickly taken down) titled, “Not so fast to put Tesla on that particular pedestal.”

On April 6, 2014 Mercedes Benz USA boss Steve Cannon said: “Folks are buying a Tesla now because they’re kind of cool, but if you’re a Tesla buyer, you have to have multiple cars,” Cannon told Forbes, adding that he felt the infrastructure necessary to maintain and fuel electric cars wouldn’t stand up to mass demand. “With Mercedes, you have a whole network. You’ve got no worries.”

On July 2, 2014, Brian Smith, Lexus VP remarked: “They’ll probably come back ,” he noted, referring to Lexus customers who’ve defected to Tesla. “I think the question remains to be seen how many people will buy a second Tesla.”

Above: BMW runs an ad targeted at Model 3 reservation holders waiting to take delivery of their new car (Source: iSpot.tv)

On April 27, 2016, When asked about Tesla's Autopilot, Volvo engineer Trent Victor said: “It gives you the impression that it’s doing more than it is,” also calling it a “wannabe.” Later, on June 11, 2016, his boss, Dr. Peter Mertens declares about Autopilot: ”It’s trying to kill me.”

On April 2016, Fiat/Chrysler CEO Sergio Marchionne: “If he can show me that it can be done, I will do it as well, copy him, add Italian style to it and put it on the market within 12 months.”

On Oct. 31, 2016, Carlos Ghosn CEO of Renault/Nissan said: “I know the media love to say we have a new superman coming here, and it’s going to make all of you look like dinosaurs. But, frankly, the likelihood that this is going to happen in our industry, in my opinion, is very limited.”

On October of 2016, former vice chair of GM Bob Lutz said: "I just don't see anything about Tesla that gives me any confidence that that business can survive."

On January 2017, during Chevy Bolt's launch event, GM's CEO Mary Barra said: "Unlike some EV customers, Bolt customers don’t have to drive to another state to buy or service an EV” — a direct swipe at Tesla's fight in many states to sell direct and service its customers.

Above: Ford's former CEO, Mark Fields, dances around the question when asked about Elon Musk and the electric automaker (Youtube: Wall Street Journal)

However, to be fair, some executives have given Musk and company kudos. Porsche CEO Matthias Müller finally came around and admitted, “We have great respect for Tesla... They are the only one who have brought an electric vehicle on the market that you have to take seriously.” Dieter Zetsche, Daimler's chairman acknowledged, "Tesla is a successful electric automotive company... we want to be No. 1 by latest 2025 in the electric premium segment." And BMW just used Musk as its posterboy to inspire their staff to get moving on electric vehicles.