Tesla and EVs Front And Center At Shanghai Auto Show 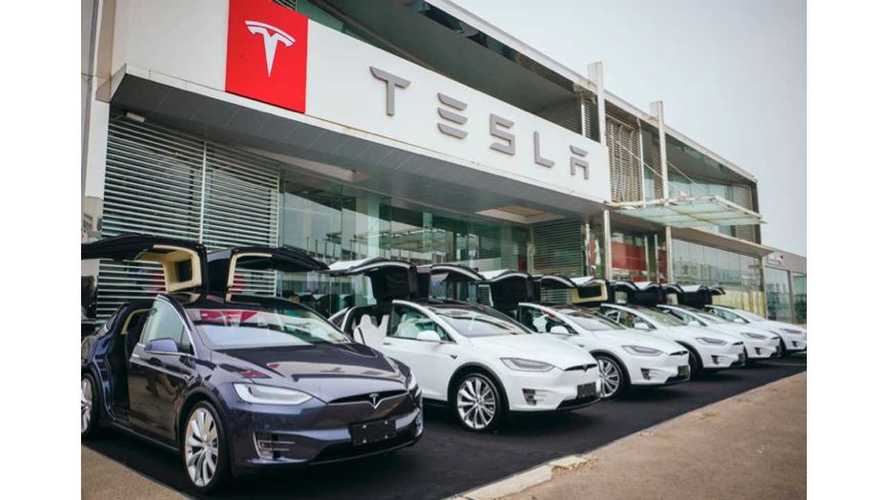 This week the automotive world descended upon one of China's biggest automotive events of the year, the Shanghai Auto Show. And, electric cars were all the buzz. According to CNBC,

In turn, the automotive industry, ranging from Chinese start-ups to legacy automakers, used the Shanghai Auto Show to showcase their forthcoming electric cars. Ironically, all these car companies appear to be following the EV industry leader, Tesla, who sat this one out.

Companies like Renault, McLaren, and Jaguar Land Rover all debuted their EV offerings at the high-profile event. Francois Provost, senior vice president and Asia-Pacific chairman at Renault explained, "There is a clear regulation by the Chinese government ... so the whole automotive industry is moving towards the petrol-electric vehicle." McLaren CEO Mike Flewitt remarked, "We need to respond to legislation changes on emissions." And, Jaguar Land Rover's CEO Ralf Speth noted that the brand was actively preparing for electrification and proclaimed: "This is an unbelievable time of change in the auto industry."

How important is the Chinese market to the automotive industry? Reuters reports, "China is the world's biggest auto market by far... That is why even as automakers fight electric vehicle mandates in the United States, they are scrambling to develop more plug-in electric hybrids and electric battery cars for China." Some of the biggest automakers including Toyota, Volkswagen, GM, and Ford were also showcasing their electric vehicles at the Shanghai Auto Show. Ford CEO Mark Fields remarked, "the bottom line is clear that electrification is going to play a bigger and bigger role." And Volkswagen brand chief Herbert Diess noted, "We are convinced China will become the leading market for electromobility."

Deutsche Welle elaborates, "China is the world's largest passenger car market with 28 million vehicles sold last year and industry experts estimating a further 5-percent growth in the market in 2017 after a 12-percent increase for the previous 12 months." And, in addition to China's push into electric vehicles, "Autonomous vehicles were hot on the agenda at the Beijing Auto Show in 2016 with Elon Musk's Tesla the star of the exhibition. But Musk's brainchild won't feature at the Shanghai conference." Yet even though Tesla isn't present at the Shanghai Auto Show this year, its presence is being felt.

Reuters reports that "Chinese-funded, smart, connected plug-in car start-ups are scrambling to launch cars to go head-to-head against Tesla Inc's 'mass market' Model 3 sedan... Tesla, which has largely enjoyed a monopoly in the premium electric car market, is expected to price its Model 3 from $35,000 in the United States. Buyers in China would expect to add 25 percent to that in import tariffs. The founders and CEOs of Future Mobility, WM Motor and Singulato acknowledge the Model 3 is the car to beat."

In contrast to nimble Chinese start-ups, legacy automakers have been slow transitioning from internal combustion engine to battery electric vehicle tech. In the meantime, Tesla already has its feet firmly planted in the future. And even though Tesla's sales are small relative to Big Auto, it remains larger-than-life in the press. As Tesla President John McNeil recently explained on China Global Television Network, "We're the size of an ant and get the attention of an elephant." Nevertheless, he remarked that, "China is leading the world in electrification of vehicles... there is not a larger market in the world that is growing as fast as China grows and it's exciting to be a part of it."