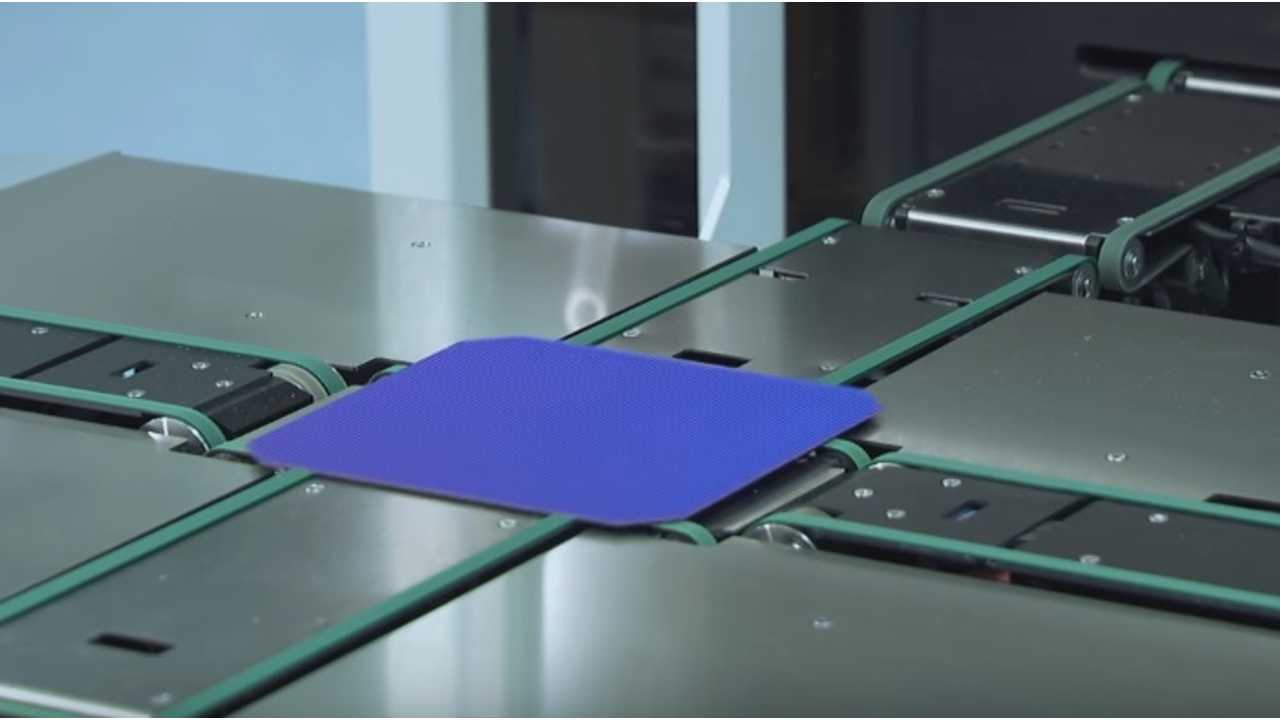 Heterojunction technology apparently enables manufacturers to reduce production costs by up to 50%.

A few years ago SolarCity was also searching for new solar cell technology, and ultimately acquired Silevo, but that venture didn't show much fruit, as in Tesla's annual report for 2016 we read:

Perhaps the Meyer Burger technology will be better.

Update:  Tesla has told Barron's that the report is not accurate.   So perhaps not so interested?  Or not interested any longer?

The heterojunction technology combines the advantages of crystalline silicon solar cells and thin film technologies enabling solar cell to reach higher degrees of efficiency at a lower cost of production.

This movie shows you the process of manufacturing solar cells with heterojunction technology:

Texturing For high efficiency HJT cells, damages from cutting have to be completely removed and a special texture created by wet chemical processes. The wafers are also put through a special cleaning process.

PECVD Coating The surface of the cell is passivated in order to prevent energy loss within the cell. The intrinsic and amorphous silicon layers are separated without cross-contamination, thus achieving passivation with a high longevity.

PVD Coating A sputter process is used to apply a TCO layer to the front and back of the wafer which serves as an antireflection layer.

Printing Screen printing is used to print the contacts on the front and back sides of wafers with silver paste.

Curing Curing printed HJT cells is a simple thermal process in order to outgas the solvents within the low temperature paste.