Sales of plug-in vehicles (aka New Energy Vehicles regionally) in China have continued to rebound, and are now on track for new records to be set later this year. 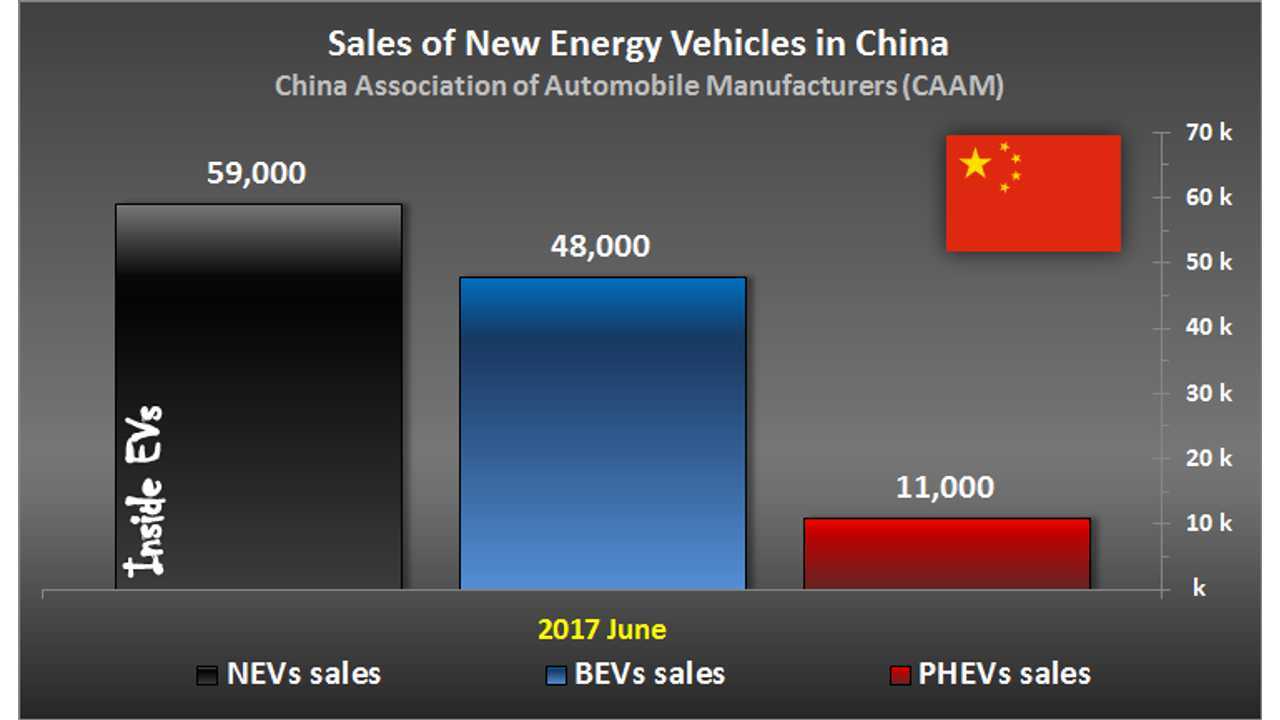 All-electric vehicles are the vast majority:

Results for the first half of the year are not much better than year ago, because of weak start unintentionally brought on my governmental red tape: 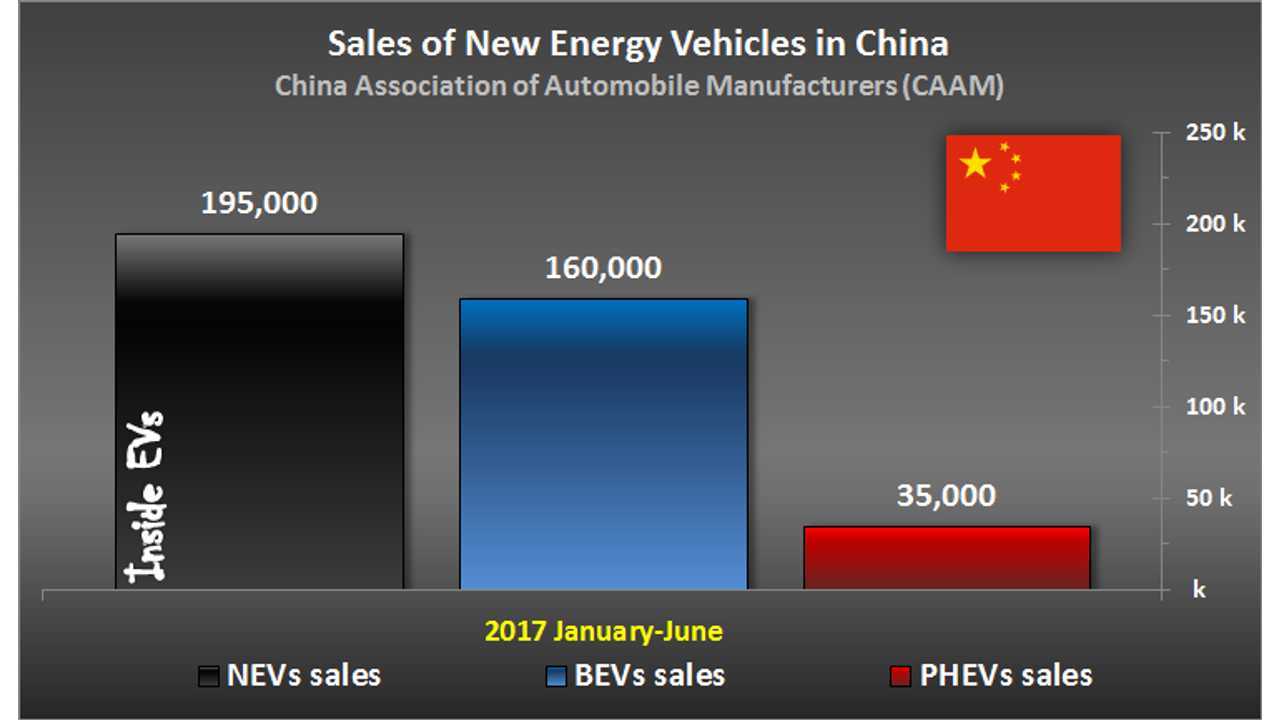