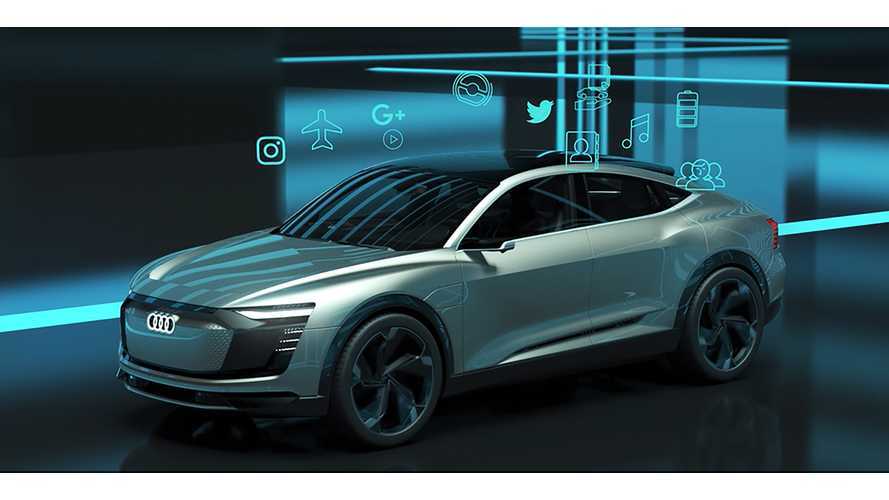 Audi isn't going to stop promoting its vehicles as performance-oriented vehicles you'll enjoy driving just yet. There will come a time in the future, though, when any suitably tech-laden passenger car will be able to drive itself. Exactly how the brand (and all automakers, really) will shift to selling you a fancy, moving living room is a question for the marketers to answer. For now, the company wants you to know that your fun-to-drive Audi can sometimes – conveniently, just those times when you'd be bored driving anyway – take control of the wheel.

This is where Audi is making its first big automated driving play, with the new A8 sedan, due to arrive in Europe later this year before coming to the U.S. Audi says that the A8 will be the first car to have a full Level 3 autonomous system. Level 3 is defined as letting the driver not pay any attention to the road at all, but only under certain circumstances. In the A8, "certain circumstances" means slow moving traffic, in which case the Audi AI traffic jam pilot will take over.

The limiting factors for the traffic jam pilot are a top speed of 60 kilometers an hour (about 37 miles per hour) on a divided highway with clear markings. When you're moving that slow, the virtual cockpit will alert the driver that the AI system can take over. If the driver engages it, the traffic jam pilot will keep the A8 moving in the lane, come to a complete stop if needed, and, when traffic clears up, there will be 10 seconds of visual and audio alerts to get the driver back in control. If you don't grab the wheel, the car will stop in the middle of the lane. Audi's main priority in all of this is to make sure its smart cars are safe.

There's comfort, too. As I noted the other day, the A8's autopark feature will work with the wireless charging pad that will be built into every A8 E-Tron.

All of Audi's self-driving efforts are part of what Audi believes will be an evolution in autonomous driving tech, not a revolution. One of the key promotional selling points of Audi AI is the "25th Hour," the idea that instead of spending an hour in traffic every day, you will have an extra hour to do the things you want to do: sleep, get online, watch something, etc. Technically, "25th Hour" is the name of Audi's project to understand what people will want to do in a self-driving car, and how they will interact with the vehicle and others in the car. Or, in press release speak:

The interior adapts itself so that the user can enjoy the best possible relaxation, make the most of family and friends or even complete a bit of work. Together with the Fraunhofer Institute for Industrial Engineering (IAO), Audi is currently investigating how digital signals, light moods and auditive stimuli in the car affect the human organism, for example in relation to stress levels or concentration. Findings from this are intended to inspire interior and usability designers in turning the car of the future into a picture perfect workplace.

The tech-lovers A8 with all of these self-driving features will become available in 2018, wherever possible. Since there's no general law allowing autonomous driving throughout the EU, for example, and each U.S. state is setting its own rules, the cars will need to know where they are. Audi said that some of these AI features will be turned on and off as the car goes across borders, and the company won't allow any self-driving feature to be available in a region unless it is certain the cars can handle any driving situation there and everything is legal. Sometimes, the hardest part about new technology is the people.