Germany Sets All Kinds Of Records For EV Sales In June 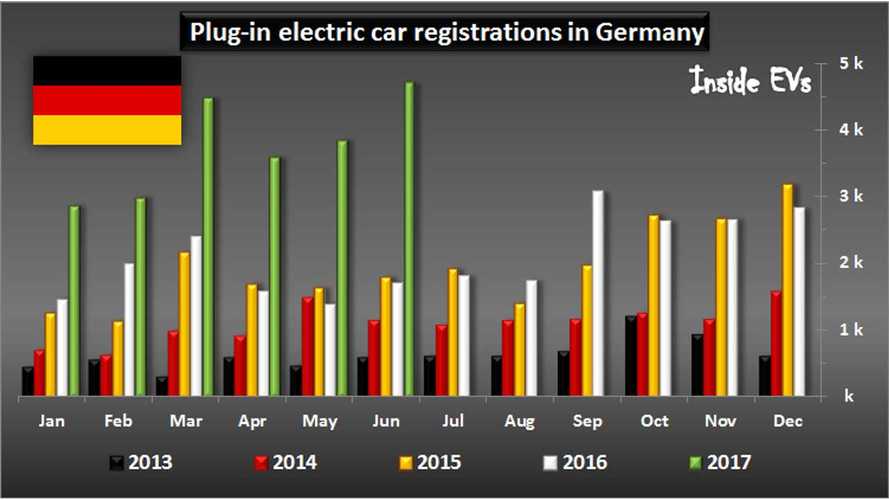 Germany - often criticized in the past for its slow pace of plug-in vehicle adoption (and unrealistically high/missed goals) - is now accelerating fast, and broke all kinds of sales records in June!

The number of new registrations again hit a new all-time high - ending the month at 4,699, which is 177% more than year ago.

And as for the plug-in market share - it now stands at 1.43%, which is one of the highest worldwide...although still dwarfed by Norway who makes every one else look bad by notching a massive 42% share last month.

Both, all-electric and plug-in hybrids sets their own respective registration records:

If you are now asking who caused such a big rush, well... the Renault ZOE should be mentioned first, logging 680 new registrations - a new record (2,429 YTD).

It's also important to note that smart finally began volume deliveries of the new fortwo ED (231) and forfour ED (136).

The Audi A3 Sportback e-tron lead the plug-in hybrids with 535 new registrations!