Survey: 30 Million Americans Likely To Buy An EV As Their Next Car 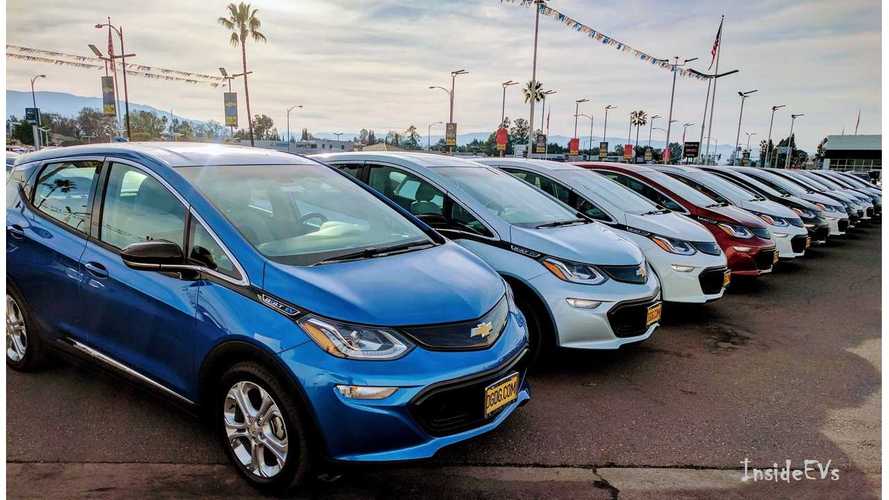 The Automobile Association of America predicts, based on its latest survey, states that more than 30 million Americans are likely to buy an electric vehicle as their next car.

Current sales numbers do illustrate a strong, increasing demand for plug-in vehicles (see above chart) despite an environment that sees gas prices lower then a few years ago.

EVs have simply become more competitive over their first 6.5 years on the market, and the segment now offers more models, that fulfill more consumer needs.

On the other hand, Americans who are unlikely to buy an electric vehicle or are undecided are worried about the availability of charging stations and fear running out of battery power. More than half of them say the cars cost more than they want to pay, and they also are worried about battery repair and replacement costs."

Michelle Krebs, a senior analyst for Autotrader, in an email to CNBC said:

"Quite the contrary. If people are saying they are interested in electric vehicles and intend to make their next purchase one, then that interest is not translating into sales."

"In contrast, the entire category of EVs, hybrids, plug-in hybrids, etc. is under 3 percent of all new vehicle sales. It has been shrinking, not growing, even before gas prices dropped. It is the most heavily discounted (biggest incentives) segment with the lowest resale values. If the tax credits go away, the segment is in even more trouble."

Well, throwing hybrids into the same bag with plug-in hybrids and electric cars to try and diminish the current 50% growth of the segment really isn't something we can stomach, but we do concede that the withdrawal of federal EV incentives in the US could be a valid reason to affect the EV market; in the short term.