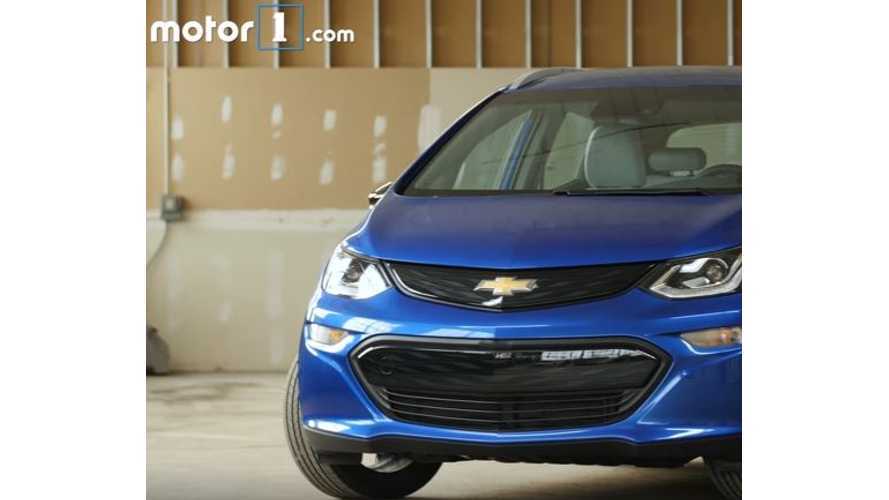 Chevrolet Bolt (via George B)

The Chevrolet Bolt leads TIME's Alex Fitzpatrick to believe that EV adoption will "explode" once people get a grasp of how fun they are to drive.

"Unlike in a gas-powered car, an all-electric delivers power the instant you ask for it. The Bolt is like a zippy sports car in economical suiting. And, as with hybrids before it, you start to make a game out of recharging the battery via the Bolt's regenerative braking feature that converts some energy into useable electricity."

He points out that though environmentalists have been touting such vehicles for quite some time, the electric car just wasn't practical. Short range vehicles that were way too expensive, just didn't appeal to the masses. The Chevrolet Bolt is the first car to truly change this. So, it will be awhile before the general population starts to realize, but it's imminent.

We are finding more and more of these reviews, in which a general publication, or a non-automotive writer is pleasantly surprised by the Chevrolet Bolt. This is outstanding for the segment, because we all know that the average Joe or Jane is probably not reading about EVs on a regular basis.

Fitzpatrick says that once you get past all the futuristic visions, the Chevrolet Bolt feels just like you're driving any other sporty crossover. However, there's no "engine shudder" at high speeds, and it's quiet, so you can drive too fast without immediately realizing it. All in all, it's a smooth ride with lots of room, and has a great infotainment system.

Not unlike some other reviewers, he admits:

"The Bolt isn't a head-turner from the outside. That's not to say it's ugly, but rather there's nothing about it that screams 'I'm from the future,' a design pitfall that afflicts many electric and even hybrid vehicles. (It looks nothing like, say, GM's vision for its ground-breaking Volt concept from a few years back.) That, says lead designer Stuart Norris, was an intentional choice: 'We very conscious of not wanting to make the car look like a science fair project, which I think many other electrified entries have a tendency to do.'"

The review goes on to say that although the Bolt is the most affordable EV thus far, and would suffice for most everybody, there are exceptions. Those that live in apartments, condos, or other situations where home charging is an impossibility, may not fare well (especially if they don't have a decent local charging network). Extreme temperatures affect batteries much like they do combustion engines. However, when you are talking about less than 200 miles of range in bitter cold, this may become a logistical issue. He says, if you can swing it, you should surely splurge for a 240-volt charging station.

Unfortunately, even though Fitzpatrick claims to be an electric car believer due to his time with the Chevrolet Bolt, he concludes:

"Some observers have called the "greenness" of EVs like the Bolt into question. They raise good points: If the source of your electricity is dirty (such as coal), then you're just shifting the pollution point from your internal-combustion engine to some nearby power plant. The mineral mining required to make the batteries on which these cars rely have their own environmental consequences, too."

So, while a widely-read gen-pop publication has good things to share about an EV, ending on that note could perhaps be a turn off, without the "proper" explanation.