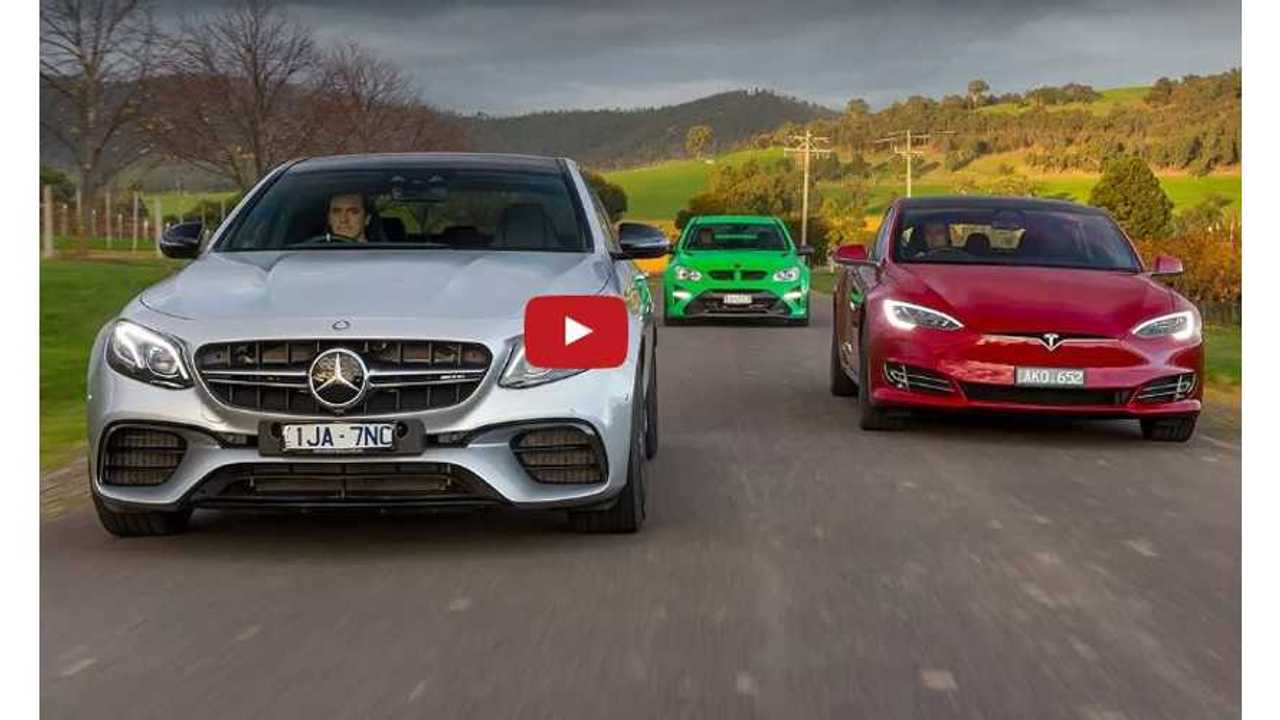 This rather unexpected comparison/match-up from Australia pits the Tesla Model S P100D versus the Mercedes-AMG E63 S and the unknown-to-most-of-us HSV GTSR.

The video opens by describing the methods used by each vehicle to obtain massive power levels. Each of the three cars go about this in very different ways.

"The P100D, AMG E63 S and GTS-R  are all large luxury sedans, with room for five on board plus luggage, offer similar dyno-destroying power, and pack autobahn-munching pace."

"In each case, the method of generating startling figures and performance that used to be the preserve of vicious, compromised supercars is radically different in each case."

"Can three such wildly different, and yet so surprisingly similar cars be compared side-by side?"

Guess you'll have to check out the video to find out.

"ON FIRST inspection, the Tesla Model S, Mercedes-AMG E-Class and HSV GTS might seem as similar as chalk, cheese and chicken pox, but a head-to-head battle between the most potent versions of each marque's line-up makes more sense than you may think."

You can check out the full written comparison here.