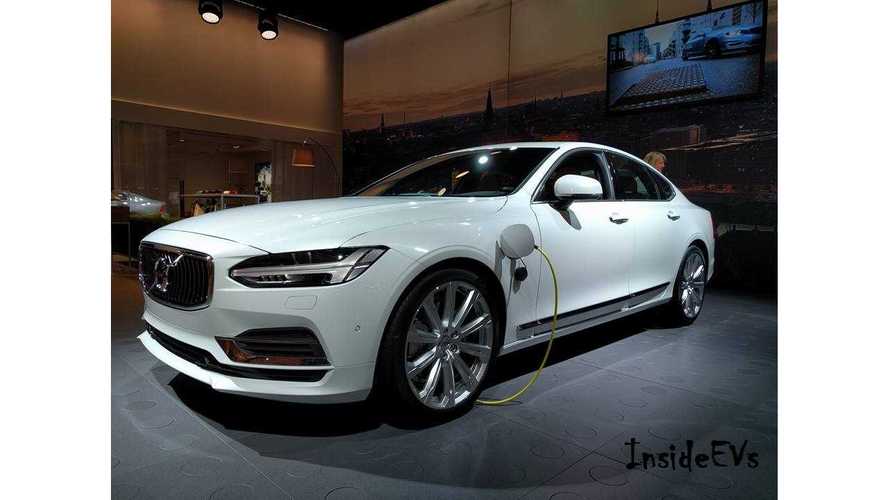 HOW VOLVO CAN HELP TO GROW TESLA

Does competition in the electric vehicle (EV) space mean the sky is falling for Tesla? Last week, Aaron Macleish at Learn Bonds* reported, "Volvo, the European carmaker famed for its soccer-mom aesthetic, says that it’s going to go full EV/hybrid by 2019. The move is the first by a major carmaker to commit to electric vehicles. That doesn’t mean this is going to be a bad thing for Tesla, however. If anything there's more upside than downside."

Nevertheless, "There’s an important distinction to note here in the terminology used by Volvo. The firm is saying that it hopes to have a 100 percent electrified fleet in 2019. This is very far from the 100 percent electric fleet that Tesla Inc offers. That difference is more stark than it seems. Electrified refers to hybrid cars. That means that, if you buy a Volvo, you’ll still have to burn gasoline. That’s a dynamic on which Tesla still has almost the entire market beaten, but Elon Musk’s firm doesn’t even need to win outright to gain from the Volvo move."

I'd have to agree here — having myself owned a Chevy Volt, I can tell you that plugging in every night was (surprisingly) an absolute pleasure. Waking up with a full "tank" of electrons felt fantastic, but, driving my Volt to the gas station every month or so made me feel guilty. A bit like a luddite clinging to antiquated technology. I kept thinking, time for a Tesla. This leads me to believe that plug-in hybrids are just a "gateway drug" to Tesla. Once you start plugging in, it's hard to go back to the gas pump. The obvious next step is to go 100 percent electric.

So the old axiom is true — a rising tide lifts all boats. The more competitors that enter the plug-in market, the greater the public's understanding, acceptance and embrace of EVs.

"This is where cooperation beats competition... the more pure EV makers on the market, the more cars likely to be sold, and the more buyers are likely to become familiar with them. This process should help to take questions like: 'don’t batteries explode?', and 'what happens if I run out of power?' off of the table... Product familiarity building demand."

In addition, as the industry moves towards EVs prices will continue to be driven down.

"Tesla can also take advantage of a common component market. This will likely get bigger and more efficient as demands for EV components grow. Think here of metals like lithium... There’s no way it’s going to be able to supply the entire market itself, however. Instead the firm’s ideal will be to have a range of EV options with Tesla always sitting at the premium level in every category."

Regardless, Volvo's move is a small step in the right direction. Although it would be preferable if Volvo went 100 percent electric in lieu of going 100 percent electrified. In the meantime, "Other would-be Tesla Inc competitors, like GM, BMW, and Audi, have yet to show willingness to build a real mass market EV and try to sell it. GM has come the closest with the Bolt, but it’s only going to produce that car in limited numbers."

"I think sells about 100,000 here in the US... When you have a much smaller portfolio of product, it allows you to concentrate in a much smaller niche of the marketplace."

This is indicative of many top auto execs that continue to fall asleep at the wheel.

Above: How Volvo uses deceptive phrasing in their description of an all-electric future for the brand (Youtube: Taking Charge)

Aside from Volvo, why have execs at Big Auto distanced themselves from EVs? Macleish concludes, "Unless you commit to becoming a pure EV firm, selling the cars involves bad-mouthing your other products. That’s a very hard balance to strike. Tesla Inc skipped it entirely, and now Volvo is leaving it behind. That leaves the rest of the industry, including Detroit and Germany’s greatest, way behind Menlo Park. As the market grows, it looks like Tesla will continue to lead it as a result of that gas-powered paralysis. The Volvo move is just the icing on the cake for helping Tesla achieve its goals."