How Will Tesla Pull Off The Model 3's Low Price? 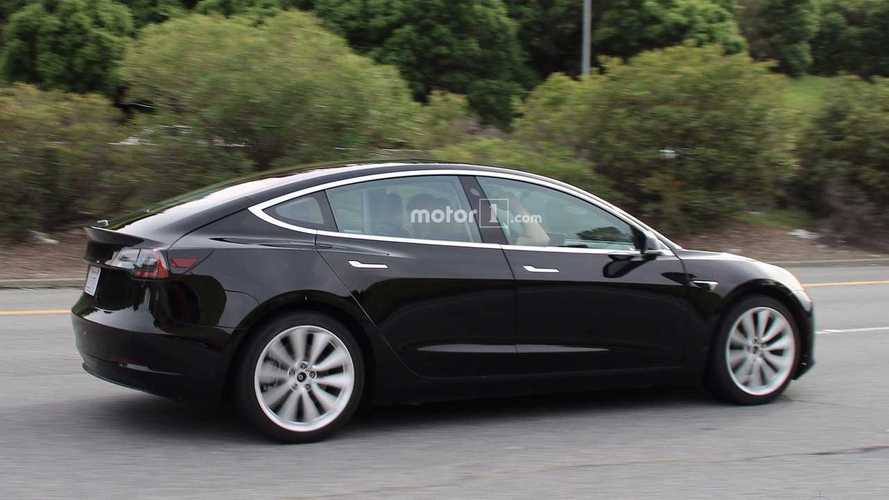 Tesla currently offers its flagship Model S in the large luxury category — competing (and beating) cars like the Mercedes S-Class, BMW 7-series, and Audi A8. Tesla's luxury SUV, its Model X, even competes with the likes of the Bentley Baytaga. Historically, going all the way back to Tesla's "premium-range Roadster back in 2008, Elon Musk’s car company has long catered to customers who want luxury." However, this is all about to change. According to Inverse*, "When it launches, the Model 3 will be the Tesla’s cheapest vehicle by some distance."

That said, Tesla will still compete against the Germany's automakers with its Model 3. However, based on vehicle performance, it's likely that the $35,000 (base price) Model 3 will face off against their lower-priced offerings like Mercedes C-Class, BMW 3-series, and Audi A4. The question that everyone seems to be asking — will Tesla make a profit on the Model 3 with such a low price point? "Musk has said the Model 3 will generate $20 billion revenue with $5 billion gross profit. That means a margin of around 25 percent on every Model 3 sold." Although Wall Street has many Tesla doubters, there's good reason to believe Musk and his team will achieve cost reductions. Here's how.

It's critical to note that the Model 3 is much smaller than Tesla's flagship Model S sedan. The Model 3 will also use steel in its construction which should provide significant cost savings.

"Model 3 has a frame that’s around 20 percent smaller than the Model S. Tesla is using a partial aluminum frame, as opposed to the more expensive all-aluminum frame on the Model S, to maintain some of the weight savings while also reducing material costs."

And this reduction in vehicle weight will go a long way: "The weight savings means the company can pack in less battery to achieve the same range. The company confirmed... that the Model 3, which will have a minimum range of 215 miles, will have a battery pack smaller than 60 kWh as its starting model. This, combined with a plunging kWh cost, means big savings on an expensive component. By 2020, Tesla could be shipping a 50kWh Model 3 with a battery costing as little as $5,000, less than a fifth of total production costs."

So how can the electric vehicle battery cost structure dip this low? It turns out that battery costs are plummeting.

"McKinsey & Company found that battery prices have dropped nearly 80 percent over the past seven years: in 2010, batteries cost around $1,000 per kilowatt-hour (kWh), but by the end of 2016, they reached around $227... vice president of investor relations Jeff Evanson said the company had already hit prices below $190 per kWh."

And, with at least a 35% battery cost reduction already in the works at the Gigafactory, "Elon Musk is aiming for sub-$100 per kWh prices by 2020."

There's another important consideration. The Model 3 won't come with all the Model S bells and whistles. To clear up any confusion, Tesla posted an article on it's blog in order to emphasize that the Model 3 isn’t the Model S. Musk also took to Twitter to note the stark differences: “Am noticing that many people think Model 3 is the 'next version' of a Tesla, like iPhone 2 vs 3. This is not true.” In fact, the “Model 3 is just a smaller, more affordable version of Model S w less range & power & fewer features,” Musk posted to his 8.2 million Twitter followers. It's the “Model S has more advanced technology.”

Above: Spy video taken recently of Tesla Model 3 on the highway (Youtube: Omg_Tesla)

And Musk reminded us that Tesla has implemented "a number of cost-cutting measures to the Model 3. The car has half the wiring of a Model S, and only contains one computer and screen where the Model S has two. The Model 3 will also have fewer seats (lacking the seven-seat option of the Model S), less cargo space, and features like automatically extending door handles will be missing,  Musk noted on Twitter. Performance-wise, it will have a lower range, slower acceleration, and less power." So it appears the company has cut costs across the board. But that still doesn't change that fact that the Model 3 is still a Tesla. Although costs are low, expectations are high.