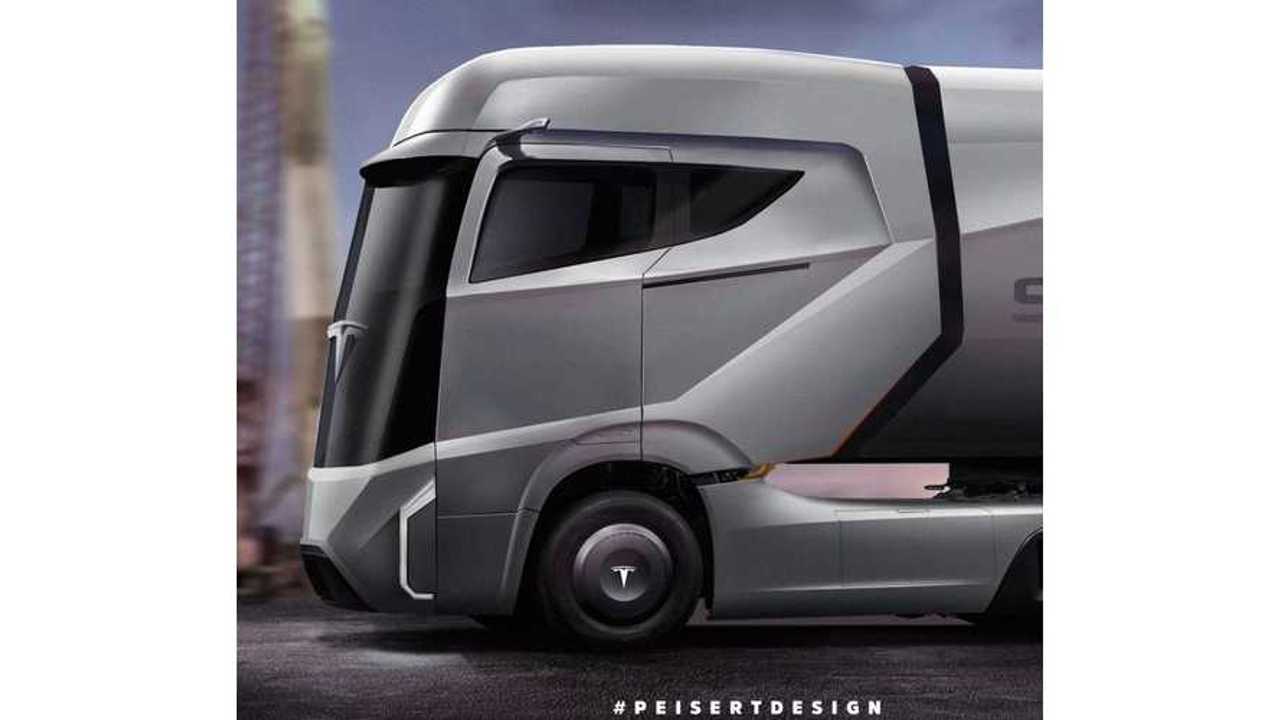 According to experts, successfully bringing electrification to long-distance trucking will prove a monumental task for Tesla.

Although research firm IHS Markit speculates that the electric hauling industry will grow by a whopping 10 percent over the next decade following 2020, the research shows that it will be slow going over the next few years. IHS is looking at about one percent by 2020. The technology is just not ready, for the concept to take off quickly. IHS analyst, Antti Lindstrom shared:

“There is a certain amount of hype to Tesla’s announcement. It doesn’t seem that long-distance trucking is ready for electrification right now.”

Elon Musk is arguably the world's number one advocate for clean energy. If Tesla can't pull off electric semi-trucks, who can? (Image Credit; flickr via Brad Holt)

Over the years, many an analyst has called much of Tesla's plan "hype." Heck, many have called the entire company "hype." But Tesla has pushed through the adversity, and delivered.

The Silicon Valley automaker was first to market with production-level long-range all-electric vehicles, and remains the leader in the segment. Unfortunately for Tesla, General Motors won the race to an "affordable" version of the latter, but Tesla is well on its way to releasing its competitor, and perhaps in a timely manner.

With all of this being said, what is Tesla truly up against when it comes to a successful electric semi-truck? Most of us - especially EV aficionados - have a pretty good idea about how to answer that question when it come to passenger cars, but it's probably better to leave it to industry experts, when it comes to commercial trucking.

Let's see what they had to say about the prospects, as Teslarati has done a nice job of compiling industry opinions (that article here), with our summary to follow:

Cost is, of course, the number one barrier. This is no surprise, and no different than that of any electric vehicles. However, consumers (many of which are wealthy or at least well off) choose to buy Tesla's cars. The trucking industry may not feel the same way about Tesla's semi-trucks. Michael Baudendistel, a Stifel Financial Corp. analyst, said:

“Tesla cars don’t need to prove an economic case to their buyers; Tesla trucks will.”

If Tesla can build a reasonably-priced semi-truck, that aims to save trucking companies money once fuel savings are factored in, then maybe this will work. Although it will likely be a long time before this is probable.

At this point, there isn't a highway charging network for electric trucks. Baudendistel explained:

"You can’t put the cart before the horse. Widespread adoption hinges on the availability of fueling stations, and the infrastructure built for Tesla autos was not designed for Class 8 trucks.”

“Battery swapping and refueling overnight are both options which would require significant additional investment in infrastructure and logistics."

There was a time not too long ago that there also wasn't a Supercharger network. Tesla was able to construct its own exclusive, global fast-charging network. The company has proven that it can be done. But, it's not plausible to think that it's going to happen in a very timely manner.

Though battery swapping didn't work out for Tesla's passenger cars. it may be a more viable option for semi-trucks. If range is such that charging can happen overnight, while drivers are on mandatory rest, this will be less of an issue.

The trucking industry has voiced concerns that the batteries would take up weight and capacity that could otherwise be used for cargo. VP of research for the American Trucking Research Institute, Daniel Murray, told Trucks.com:

Panasonic is working on alternative battery technology that could completely change the way we think about batteries today. The Tesla Gigafactory gives the electric automaker a substantial edge when it comes to being able to deliver.

“No one has clarified for us how much extra battery weight will accrue, which, of course, decreases revenue weight. We believe at least 600-800 miles of range is needed for the truck to be competitive in the line-haul market. We have heard indications that the Tesla semi’s range will be 200-300 miles, which would limit its addressable market.”

However, Tesla and Panasonic are obviously aware of this, and are looking to various alternatives. The batteries that we know today may be completely revamped in years to come, and energy density is increasing at a consistent pace.

Diesel is cheap right now, and stands to stay that way for some time. This makes adoption of EVs in general a hard sell. Murray continued:

"The very low fuel prices we see now and will for a long time are making most alternative-fuel vehicles appear to be very expensive."

The EPA and the NHTSA have established strict guidelines for medium- and heavy-duty vehicles through 2027. If the guidelines remain in place, the trucking industry will have no choice but to seek alternative energy sources, in order to comply. Also, gas and diesel prices will not remain inexpensive forever.

Is Tesla going to service these trucks? It's not as if there are electric truck repair centers throughout the country to keep freight moving. Baudendistel shared:

“This has been an inconvenience for Tesla cars ... For trucks, though, if the wheels ain’t turnin’, you ain’t earnin’.”

Being that Tesla keeps everything in-house, it is assumed that if the company follows through with an electric semi-truck, there is a plan in place for servicing said vehicles. But to get functional service centers strategically located across vast trucking routes throughout the entire country is an exorbitant task.

The trucking industry already has all of its major players and manufacturers in place. Much like the franchise dealership situation, the industry may not be to keen on Tesla breaking in. Baudendistel continued:

“Given the happily consolidated nature of the domestic truck manufacturing market, the prospect of a new competitive threat, from a company with previous success in disrupting established industries nonetheless, is undoubtedly unwelcomed news."

Tesla is a disruptor. The company is proving this in the automotive and energy industries, and aims to do the same wherever else the need arises.

If Tesla can overcome these obstacles, it will be a huge step forward for vehicle electrification. According to Apex Capital, 70 percent of all freight transportation in the U.S. is performed by semi-trucks.

Elon Musk and Tesla are the most substantial crusaders and innovators for global electrification. Baudendistel concluded:

"If nothing else, Elon Musk—and by extension, Tesla—is a great disrupter. We are keeping a watchful eye on Tesla as a new entrant."

He admitted that despite the multitude of roadblocks:

"We wouldn’t count Tesla out long-term.”