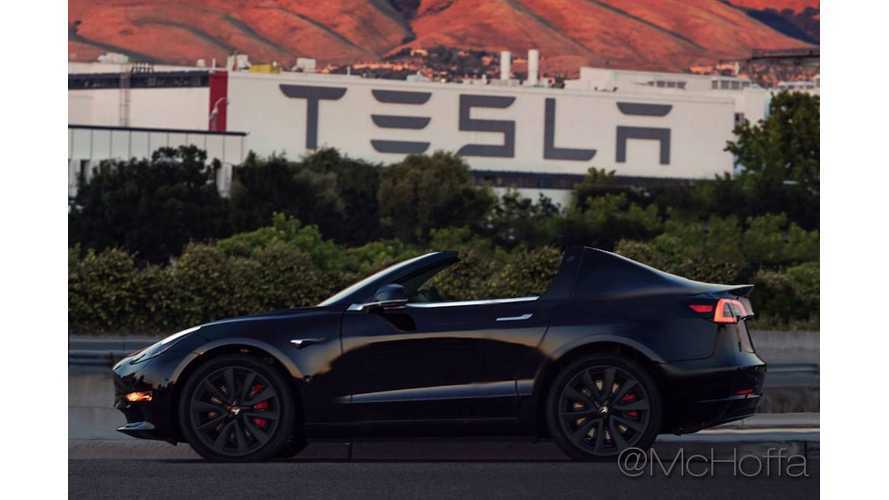 Have you ever wondered what a Tesla Model 3 might look like as an open-top roadster? No? Neither have we, but @ McHoffa has those who've wondered covered in this rendering.

It's a simple render, meaning that not much is involved in the photo processing other than shortening the wheelbase, removing some doors and cutting out a portion of the top. Oh, a partial black-out job too. The rest of the Model 3 remains intact from the image first revealed (see below) by Tesla CEO Elon Musk sometime back.

"If the Model 3 were made into a roadster."

Eon Musk has long promised a next-generation Tesla Roadster is in the works and has confirmed it will be a convertible. We don't know what chassis it will ride on, but the Model 3 might make for a good starting point. The actual next-gen Roadster isn't expected to launch until 2020 or later.