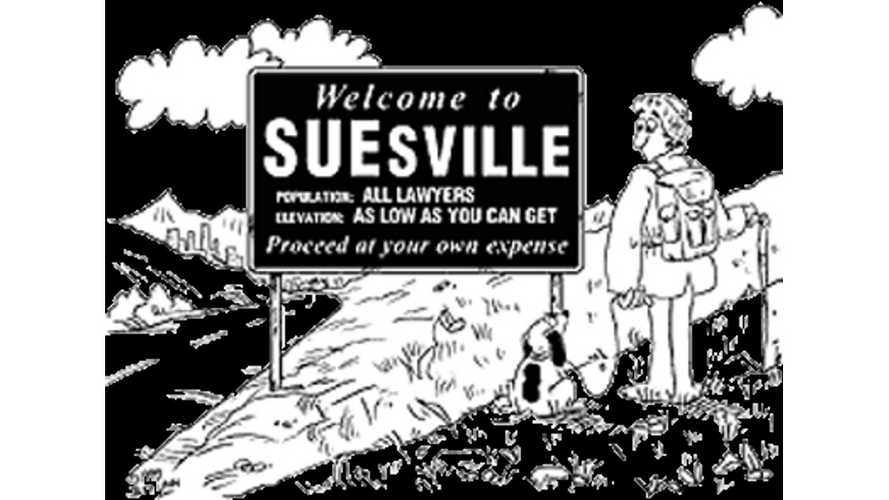 On Christmas day, 2015, TeslaMondo predicted that Americans would soon start suing Tesla for inflicting Autopilot on the poor public. That same post introduced y’all to Sean Kane, the “safety advocate” who poses as a dry analyst and often gets nose-picking reporters to fall for his ruse — even though he’s on the plaintiff payroll.

Well, it took a little over a year, but here comes the litigation. The lawyer is Steve Berman as usual. He pursued, with the emphasis on the “sued” part, the farcical sudden-acceleration cases against Toyota despite the NHTSA and even NASA finding zero defects. Toyota predictably settled many of those cases out of court. Ka-ching! Now that Tesla has money, it’s time to grab some. Stand and deliver, Mr. Musk. That's not what Tesla intends to do though. The automaker issued this statement on the matter:

"This lawsuit is a disingenuous attempt to secure attorney’s fees posing as a legitimate legal action, which is evidenced by the fact that the suit misrepresents many facts. Many of the features this suit claims are “unavailable” are in fact available, with more updates coming every month."

"We have always been transparent about the fact that Enhanced Autopilot software is a product that would roll out incrementally over time, and that features would continue to be introduced as validation is completed, subject to regulatory approval. Furthermore, we have never claimed our vehicles already have functional “full self-driving capability”, as our website has stated in plain English for all potential customers that “it is not possible to know exactly when each element of the functionality described above will be available, as this is highly dependent on local regulatory approval.”

"The inaccurate and sensationalistic view of our technology put forth by this group is exactly the kind of misinformation that threatens to harm consumer safety."

And, of course, here comes Sean Kane, right on cue. Are Kane and Berman talking to each other behind the scenes, plotting a little PR campaign to dial in some pressure on Tesla? You can bet on it. Look for some juicy sound bites from “safety advocate” Kane.