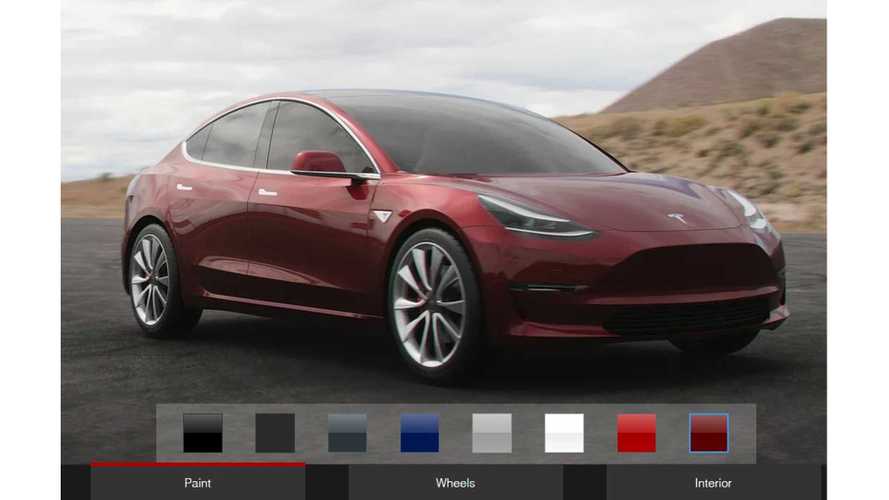 Configure your new Model 3 before Tesla lets you officially configure it.

That's the idea behind the Model 3 Config website, which has been active for awhile now.

However, just recently the site was updated to include mockups from some of the latest spy shots of the Model 3.

The only options you can sift through are paint, wheels and interior, but that's basically what makes up the appearance of the car, so if you'd like to see what the Model 3 looks like in a dark shade of red with black wheels and white seats, then go ahead and configure it here.

With the Model 3 final unveil set for July, it won't be long now until the official configurator springs to life on Tesla's site.

And via this link here, you can configure a Tesla Model 3 based on some of the older images of the car.