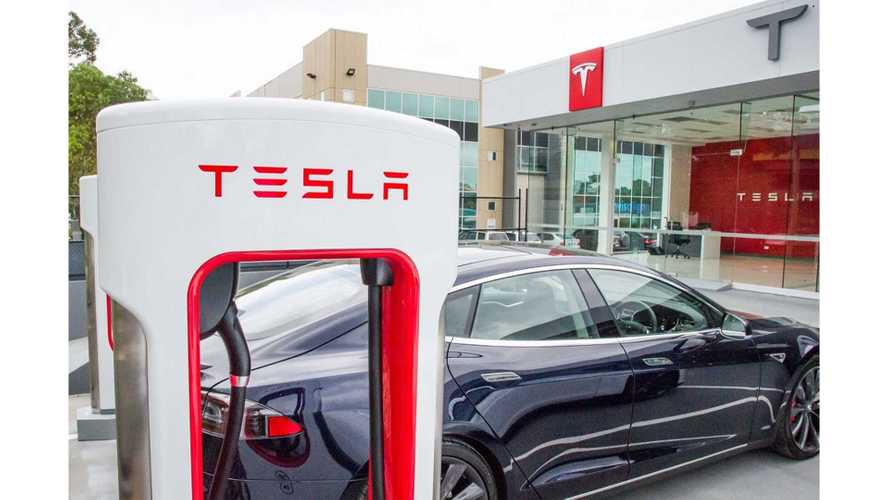 What is the ratio of Tesla vehicles per Supercharger in busy areas, and will Model 3 owners face impossible odds when attempting to join the already overcrowded locations?

Who better to dissect the data behind Tesla's Supercharger situation than Ben Sullins of Teslanomics? Ben took the time to pore over numbers to assess the current situation, and provide some data-driven forecasts for future Model 3 owners.

The reality is, a long-range electric vehicle is of no use to those traveling long distances, if charging infrastructure is unavailable. However, for the majority of long-range EV drivers, charging overnight at home, or at Destination Chargers, should suffice. How many people commute over 100 miles one way?

The Tesla Model 3 will obviously have a notable impact on Supercharger crowding, but with long-range EVs, is this really an epidemic?

Anyway, back to Ben's discoveries ...

As we have reported before, in many locations people have admitted that they don't see a real problem with overcrowding at Superchargers stations. This is because, in certain areas there just aren't a whole lot of Teslas on the road, and/or people are using the stations as intended. Although in other areas (California and other EV-friendly CARB states), the story is much different.

According to Sullins, the global ratio of Superchargers to Tesla vehicles is at a disappointing 39.3 cars per charger. Due to more Tesla vehicles being sold in the past two years, that number leaped by nearly 41 percent. In the U.S., we are worse off, at 48.6 Teslas per Supercharger. Even worse, that number sits at about 105 in California.

As Model 3 production begins, Tesla will essentially double its annual vehicle production. The automaker's goal is to have the capacity to build 500,000 cars per year by the end of 2018.

To put it in perspective, as of March 2017, Tesla has delivered over 208,000 vehicles worldwide, ~120,000 of which are in the U.S. Model 3 reservations sit around 400,000. It's not hard math. The number of Tesla vehicles to Superchargers may improve temporarily with the slow start of Model 3 production, and the doubling of chargers by the end of the year. However, beyond that, when Model 3 production ramps up - unless Tesla expands the network much more aggressively - the busy stations will become exponentially more busy.

With all of this being said, if Tesla drivers use the Supercharger network as originally intended (only for long trips when there's no other option), and take advantage of the growing Destination Charging network (set to quadruple by the end of the year), and charge at home (or work if it's available), they shouldn't have much issue. The range of Tesla's vehicles is such that following the above method should suffice, unless of course you are in the tiny minority of those that are commuting some 200+ miles every single day.

Some argue that the Supercharger network is an incredible perk to being a Tesla owner, but not necessarily necessary. How many other long-range EVs are in the current market, and how many of them offer their own fast charging network? Long-range electric vehicles are intended to lessen the need for charging outside the convenience of your home, while you are peacefully sleeping, and dreaming about emission-free transportation.

Many current Tesla Model S and Model X owners are wondering what is going to happen when we have thousands of new Model 3 owners on the road looking to charge? In some area's it's going to be worse than others. Troy, a Tesla Motors Club user, has compiled some great stats on this looking at the ratio of the Tesla fleet versus the Supercharger Stalls. In this video, I take a look at this data and the dashboard I built showing how to interact with it.