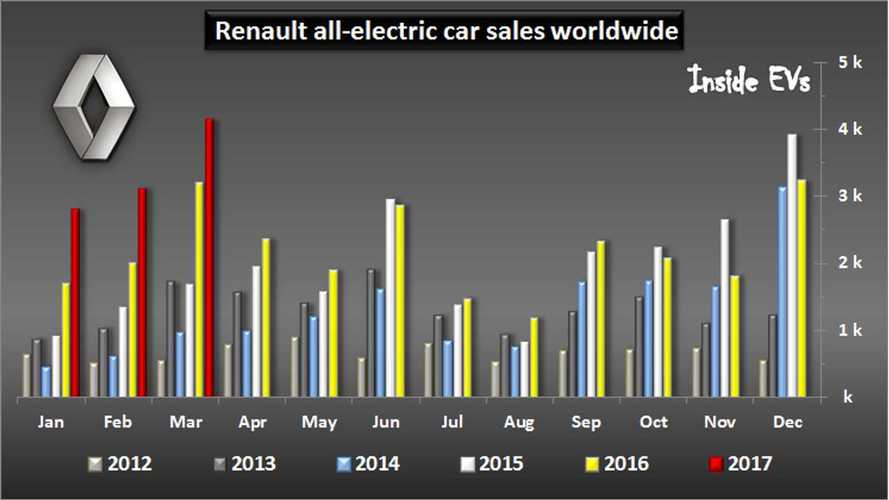 Renault continues its recent trend of increasing all-electric car sales in Europe, topped off with a new all-time record in March.

In total, an astounding 4,134 electric Renaults were sold last month, which was 29% more than year ago.

Comparing the ZOE and Kangoo Z.E. sales to the overall results for the company, it turns out that EVs hold a 1.54% share (1.75% if we narrow the comparison down further to just Europe).

Our counter indicates also that Renault crossed the 100,000 electric car sales mark during the month (although if one includes the all-electric Twizy quadricycle, then the number is already north of 120,000).

To understand what has happened to turn things up of late with Renault, we need to focus on the ZOE, which received a significantly upgraded battery - from 22 to 41 kWh .  The new ZOE gives some 186 miles (300 km) of real world range.

In March, the ZOE set a personal record of nearly 3,800 sales (which was a 1,000 more than year ago), which makes it one of the best selling EV in the world (despite being almost exclusively available just in Europe).