Audi Says No To Pure Electric A8, PHEV Coming Though 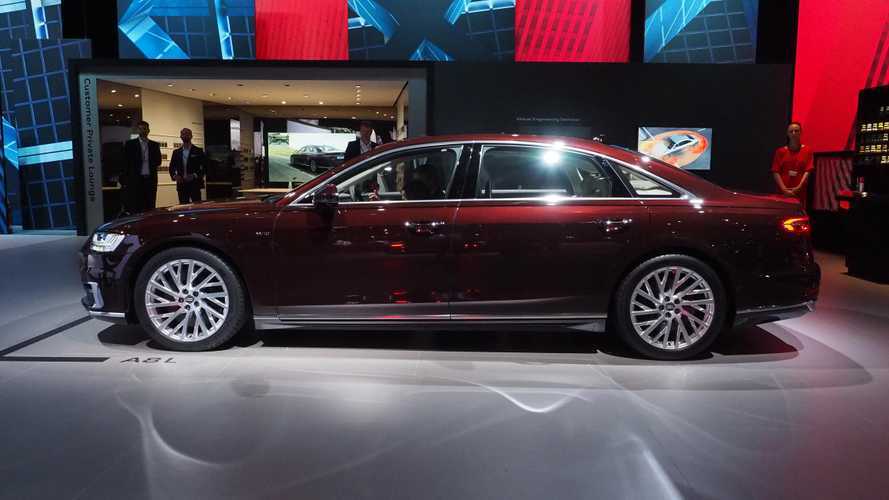 The good news is that Audi will offer a plug-in hybrid A8, however there will be no all-electric model.

As we just reported, there is no official news directly from the automaker's top brass verifying that the A8 PHEV will come to the U.S., but we're pretty confident it's imminent at some point. A company spokesperson at the Audi Summit in Barcelona, Spain told InsideEVs to look for the model on our shores in 2019.

Though Audi confirmed no pure electric model in the upcoming lineup, the company did suggest that it will eventually happen. Autocar believes that we may see the option around 2024, due to typical automotive product lifecycles. Audi AG's head of large cars shared:

He mentioned the recent news from France, stating that 2040 is a reasonable goal to expect an all-electric lineup:

The luxury German automaker will officially enter the electric vehicle race when it debuts its e-tron quattro SUV in 2018. The e-tron will be a fully electric SUV to compete with the likes of the Tesla Model X, and the company has already gone so far as to take a jab at Tesla CEO Elon Musk in a recent ad campaign. The SUV is set to offer 310 miles of range, but we're not sure which test cycle was used. Two more all-electric models will follow in 2019 and 2020. Andrew Doyle, Audi's UK chief explained:

“We might not have been first to market but we will have the best EV on the market. It's not going to be huge-volume from the beginning."