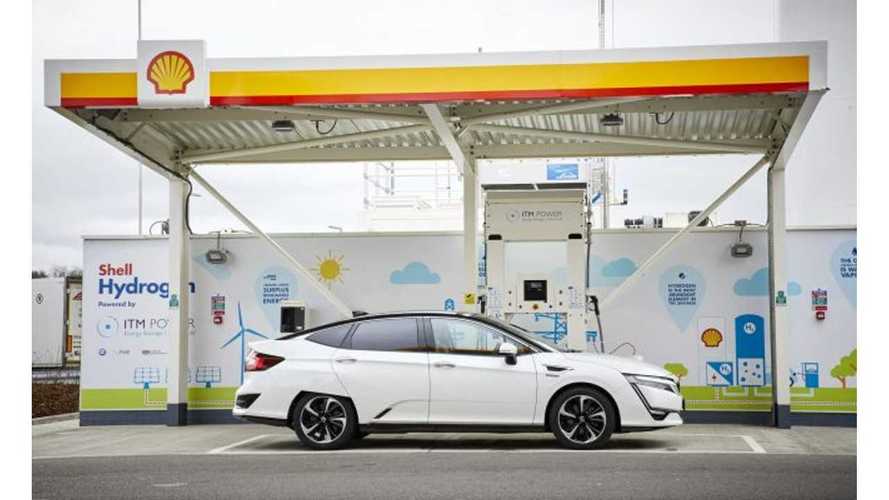 ITM Power announced a fuel contract with Honda (in the) UK for the Clarity Fuel Cell model. As it turns out, one kg of hydrogen will cost £10 ($13 USD).

That's a lot, especially as the press release states that the network has also been financially supported by Innovate UK, Office for Low Emission Vehicles (OLEV) and the Fuel Cells and Hydrogen Joint Undertaking (FCH JU).

For ITM Power, the deal with Honda is its 17th.  The British network consists of 10 stations, but only 4 are publicly available.

ITM Power is currently rolling out a network of 10 hydrogen refuelling stations in the UK of which 4 are now open for public access. Each station produces hydrogen on site via ITM Power’s rapid response electrolyser system, and can refuel a fuel cell electric car in three minutes, providing 300 to 420 miles of clean emission driving, without compromise to drivers’ normal refuelling routine."

“We look forward to supporting Honda and its HyFIVE customers with their refuelling requirements for the Clarity Fuel Cell as our hydrogen refuelling station network expands throughout the UK.”

“We are delighted that customers using Honda’s Clarity Fuel Cell in the HyFIVE project can refuel at ITM Power’s hydrogen refuelling stations. Working together with industry partners, such as ITM Power, drivers of fuel cell vehicles can enjoy rapid refuelling at one of the growing number of stations across the UK.”