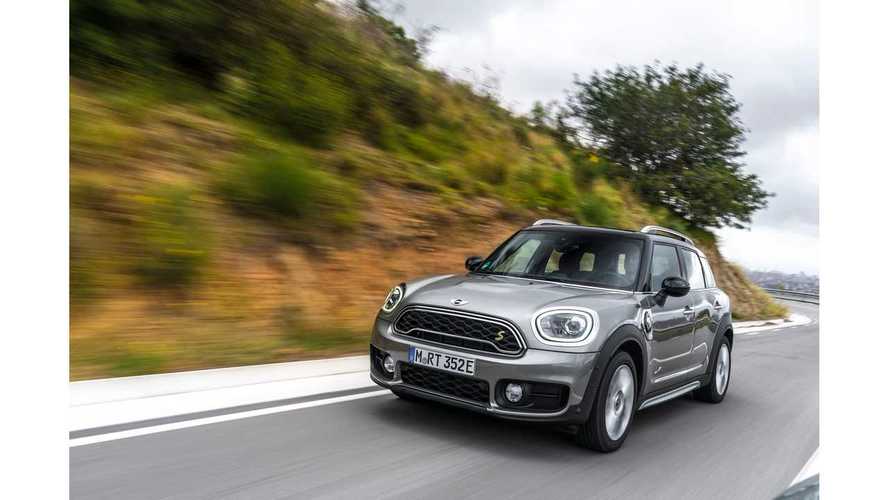 BMW scored one of its best ever results for plug-in electric car sales in June, delivering around 9,350 units (up 79.8% year-over-year) and a record 42,573 in the first half of the year.

In June, plug-ins accounted for 4% of total BMW & MINI sales, while for the first six months that market share number stood at 3.5% - although we have to stress that the full year number is not quite representational now, as it includes MINI, which just started sales of the new plug-in Countryman on June 24th.

Production of BMW Group plug-ins this year was 51,725, and company says is on track for 100,000 sales in entire 2017.  With 43k sales already bagged, and the 2nd half of the year always showing far greater plug-in sales across all regions and brands, the goal seems easily attainable at this point.

Dr Ian Robertson, Member of the BMW AG Board of Management with responsibility for Sales and Brand BMW commented:

“June rounds off our best ever first half-year and the BMW Group remains the world’s leading premium car company. We’ve already sold more than a million BMW vehicles this year, which is a new first-half-year record. June also saw our successful electrification strategy expand still further to include the MINI brand, meaning customers can now choose from nine electrified BMW Group vehicles. With sales of these models up by eighty per cent compared with the first half of last year, we’re looking forward to celebrating delivery of the 200,000th electrified BMW Group vehicle later this year,”