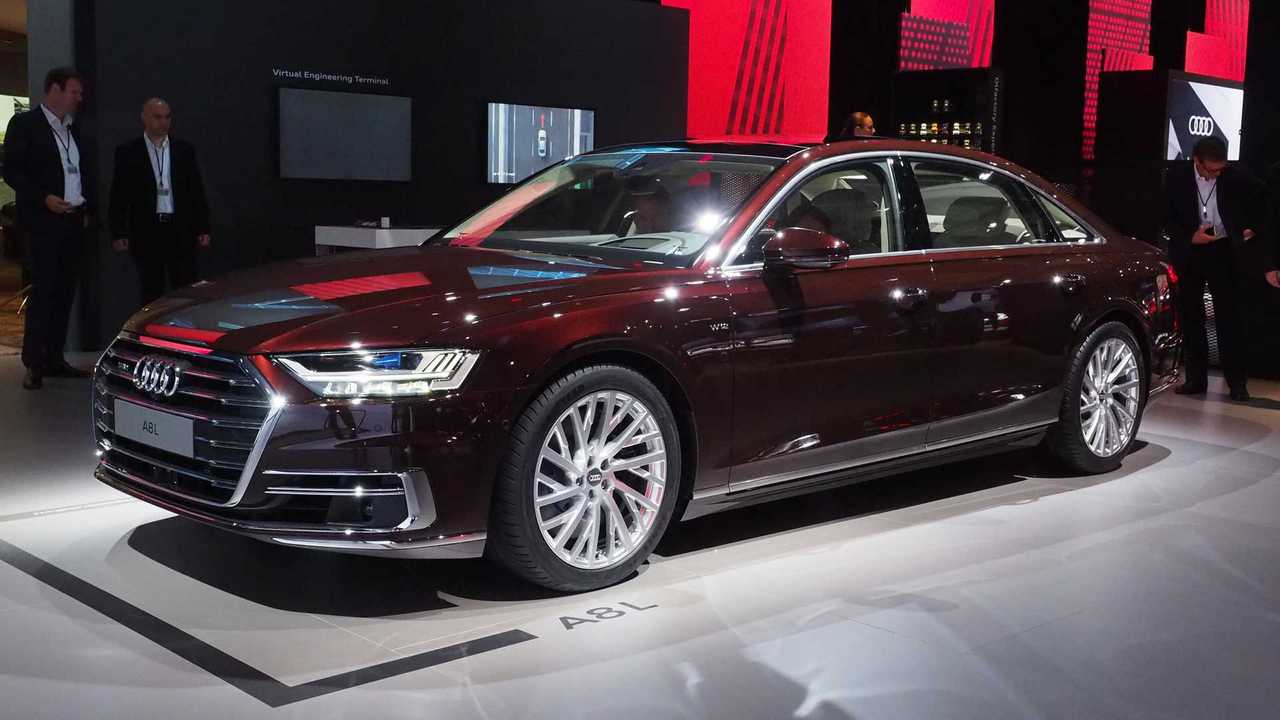 E-Tron tech bouncing from A3, Q7 PHEVs to new A8 – and maybe back again.

To be clear, an official decision to bring the new Audi A8 L Plug-In Hybrid to the U.S. has not yet been made. But it's pretty clear that the new PHEV – Audi's third – will come to America at some point.

At the Audi Summit in Barcelona, Spain today to debut the new A8, an Audi spokesperson told InsideEVs that the E-Tron version of the A8 is likely to arrive in the U.S. in early 2019. That's after its debut in Europe in the middle of 2018. The A8 L E-Tron will go on sale in China at about the same time as it does in the U.S.

Audi is packing a lot of tech into the new A8, and on the plug-in side, the forward-looking bits are headlined by the standard wireless charging and a 14.1-kWh battery pack that should offer around 31 miles of electric range. If that sounds similar to the Q7 E-Tron, congratulations, you've been paying attention. Many of the PHEV components are carryovers from that vehicle, including the 94-kW (126-hp) electric motor and the DC/DC Converter, while others have been slightly improved. The battery, for example, has less capacity than the 17.3-kWh pack in the Q7, but the individual cells have slightly better capacity.

The overall basic layout and design of the two battery are the same, too. The gas side of the powertrain uses a 3.0 TFSI engine and, along with the motor, has a total output of 330 kW (449 horsepower) and 700 Nm (516.3 pound-feet) of torque.

Let's get back to the wireless charging pads. As we said, all A8 E-Trons will have a wireless pad between the front wheels that can charge at 3.6 kW with over 90 percent efficiency. The 40-kilogram (88-pound) wireless pad that sits on your garage floor, though, is optional. If you want it, your Audi dealer will be able to help you find a qualified electrician to install it, but it should be an easy job. Many Audi dealers will have these charging pads at the shop, too, to help you understand how it all works.

Speaking of how it works, the car will tell you when you're over the ground pad thanks to a positioning system on the infotainment screen. If you don't want to bother finding the correct spot yourself, you can use the A8's new automatic parking feature to have the car position itself. If you want to actually plug-in – like using an actual cable – then you can take advantage of the more-powerful, 7.2-kW charger for shorter charging times, but overnight the 3.6 rate should be plenty. If customers really take to Audi's new wireless system, it could be added as an option to future and A3 E-Trons, we were told.

We were also told there are no real technical difficulties to put the PHEV technology into a shorter wheelbase A8 models. But, since the main markets for the PHEV are the U.S. and China, and those markets are dominated by sales of the L (the non-L A8 isn't even coming to the U.S., for example), Audi has decided for now to only offer the plug-in powertrain in the A8 L. All A8 L E-Trons will be built at the A8's home plant in Neckarsulm.

For more details on the non-plug-in version of the new Audi A8 – including the cool traffic-jam assist self-driving technology – check out the coverage at Motor1.