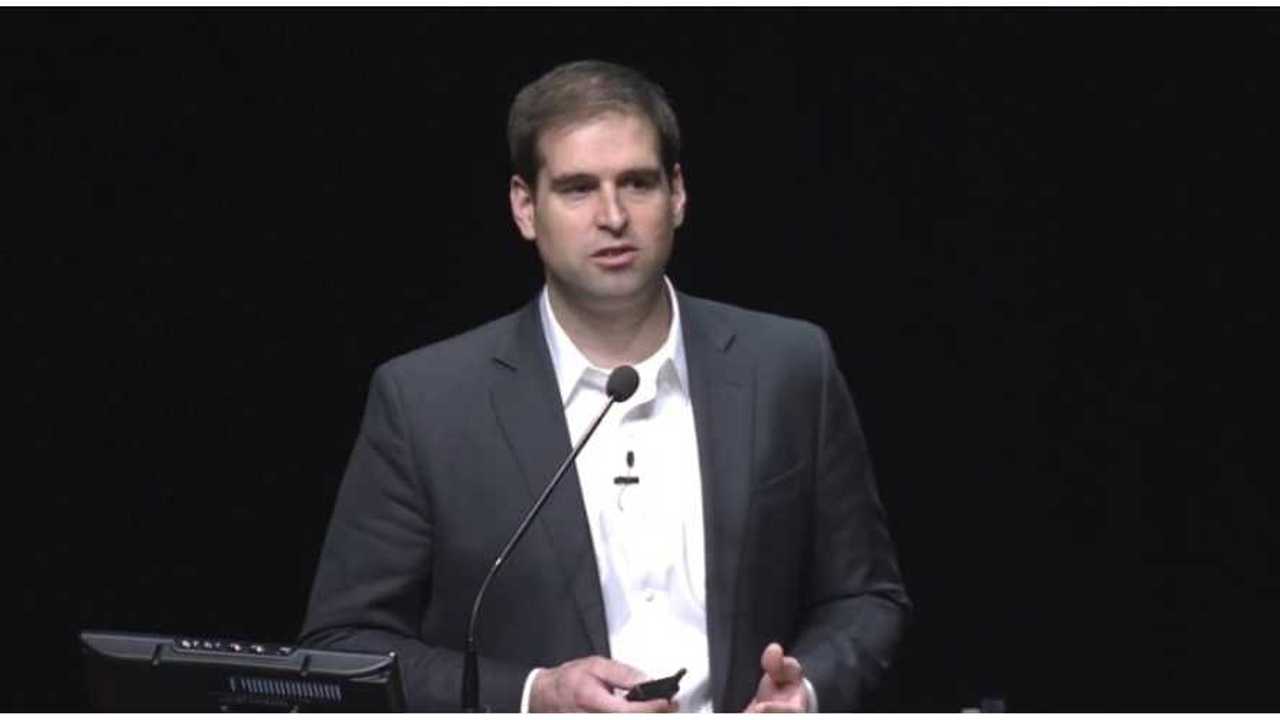 Tesla co-founder and chief technical officer, JB Straubel, was a guest keynote speaker at last year's Discovery conference put on by the Ontario Centres of Excellence (OCE)*. It was a closed door affair and only paid attendees were given an opportunity to see Straubel's keynote. However, just recently, the OCE made some of Straubel's appearance at the Discovery conference public.

He notes, "AI is going to have an ability to really augment the humans to make cars safer and more convenient... I think you'll see an incredibly rapid integration of autonomous capability into new vehicles being sold. Just like we saw air bags or seatbelts... ABS systems."

"If you think of the amount of experience the cars are getting... fleet of cars with autonomous technologies and the sensors enabling it are driving close to a million miles a day. And that's more than most customers would drive in a lifetime. So in that short time period , they can encounter almost all the things that one human would encounter in a lifetime of driving. So imagine if you let that integrate for a few years, you know, how smart of a driver that could be — they'd be better than any human could ever be."

At the conference, Straubel gave some advice for those in start-up mode. He explained: "The best advice is to just be persistent. You know, there’ll always be people telling you that you can’t do it or giving you reasons why it might fail, but you’ve got to be persistent. You’ve got to be true to the idea that you started off with." But he notes that you can't do it alone. Straubel elaborates on the importance of "building the very best team. It’s always the case that the best teams end up really having the best chances, so that’s something I think every entrepreneur or every start-up founder or manager should think a lot about. It’s how to make sure you really have the A-Team of players."