Visiting Barcelona, Spain this weekend, my hotel was conveniently located next to the Catalunya Volkswagen storefront. 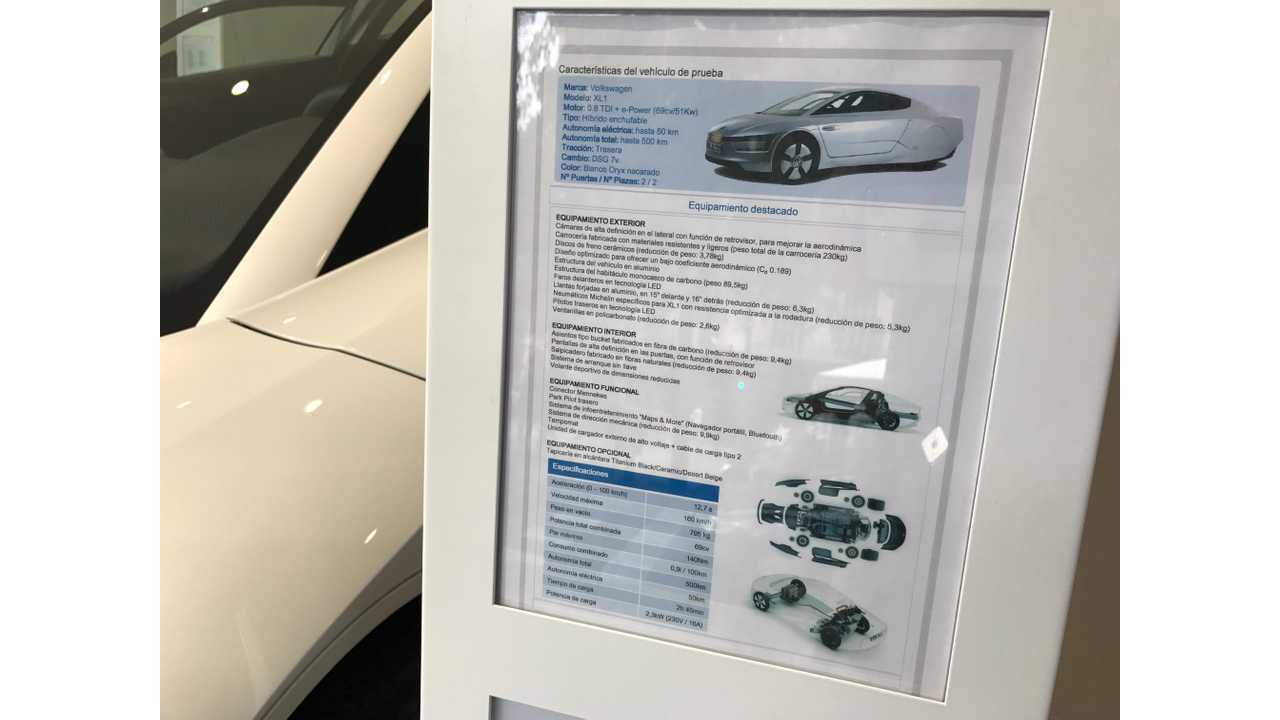 Why was this convenient, other than the fact that I'm here with corporate sibling Audi to learn about the new A8? Well, because just sitting there in the big glass window was what turns out to be the last XL1 for sale in all of Spain. Seeing it there felt like a bit of a blast from the past, since I thought all of these hyper-efficient two-door cars had long since made their way to collectors and drivers. The first XL1 was delivered in 2014.

But, well, according to the helpful saleswoman, the example in the window is not only available today, but also the only one you'll find in the country. She told me that this XL1 can be had for 86,000 euros, and that there is no lease option for this item, only the opportunity to purchase it outright.

The XL1 is one of the rarest vehicles VW has ever offered to private citizens, with around 250 hand-built and released. The sleek plug-in hybrid used almost every aerodynamic trick in the world to achieve a tremendous co-efficient of drag of just 0.186 cD (of note, the lack of side mirrors, replaced with tiny cameras and side screens). The sleek little carbon fiber beast offers an all-electric range of 31 miles, a top speed of 98 mph, and a gentle 0-62 mph acceleration time of 12.7 seconds thanks to a 20-kW/27 horsepower electric motor and a 0.8-liter, two-cylinder TDI diesel engine. The fuel efficiency rating is about 261 MPGe.

The VW XL1 was – sorry, is – sold in Europe, but never made it to the U.S. Technology from the car, though, was – and is – used in other, more mainstream VW vehicles like the new Golf, due in 2019.