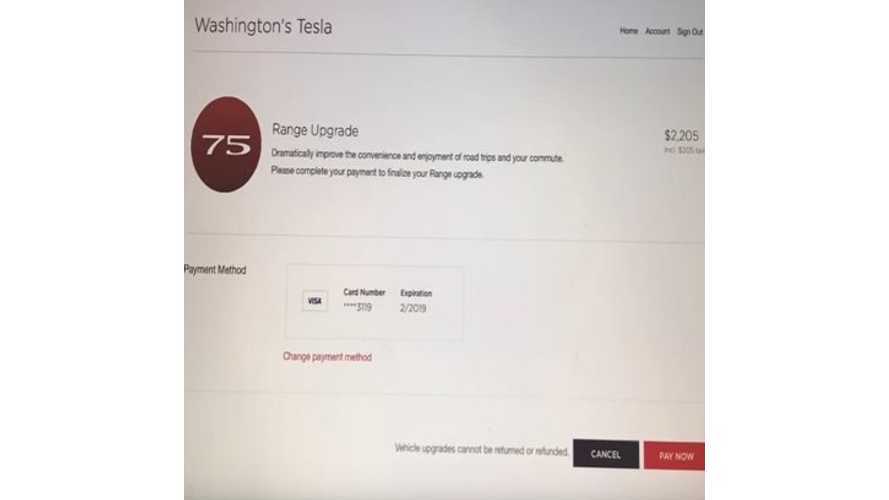 The electric car community was somewhat shocked yesterday when we reported that Tesla had slashed the upgrade price from ($10,000 or $6,500 - see quote below) to just $2,000. We did originally report it like this back when the price was $6,500:

That's one heck of a deal for the added range that access to those additional 15 kWhs provide.

Range should improve by 40 miles or so, according to the chart found here.