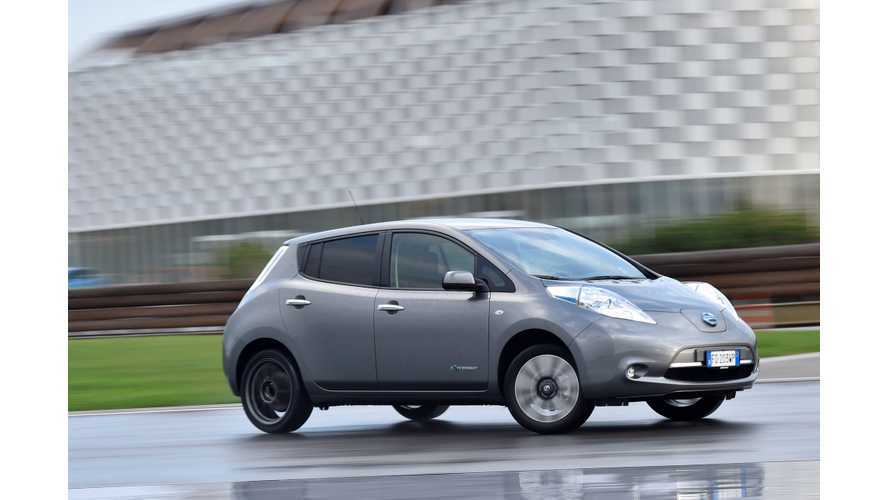 A team of researchers from the Department of Civil and Environmental Engineering at MIT, and the Department of Civil, Environmental, and Construction Engineering at the University of Central Florida published an article entitled, Will Corporate Average Fuel Economy (CAFE) Standard help? Modeling CAFE's impact on market share of electric vehicles. Named researchers are Burak Sena, Mehdi Noorib, and Omer Tataria.

Some classify the Chevrolet Volt as an extended-range electric vehicle (EREV)." draggable="false">

Some classify the Chevrolet Volt as an extended-range electric vehicle (EREV).

The study proves that the CAFE standards are the lone most effective means of accelerating EV adoption.

(We at InsideEVs are still leaning towards aggressive and strict CARB ZEV minimum thresholds as leading the charge thus far for EV adoption in the US...but digress)

The standards are more successful on their own than government incentives. Obviously, when paired with the incentives, the EV market saturation is even better, but surprisingly not much better. However, combining the two forces brings the best estimated results for battery-electric vehicles.

CAFE standards basically set an automaker's average fuel economy for its entire fleet. If the automaker exceeds the set standards, monetary fines ensue. According to the publication (via Green Car Congress):

… recent scientific research has revealed that the footprint-based standards might lead manufacturers to make design changes in favor of increasing the vehicle’s footprint in order to reduce the stringency of the applicable requirements, which might influence vehicle size and also eventually influence production costs (Ullman, 2016). Hence, there is a chance that, in the long run, the CAFE standards incur a “co-impact”, resulting in consumers not being able to find or afford a vehicle that best meets their needs. One reason therefor is the hypothesis that consumers may focus more on visible attributes of vehicles such as size when purchasing a vehicle. Another reason why this may be the case is the increased costs of more fuel-efficient vehicles as a result of the implementation of CAFE standards. Furthermore, auto manufacturers may attempt to meet the CAFE standards by lightweighting their vehicles, which may result in consumers having concerns over vehicle safety, and thus negatively affect consumers’ preferences.

Despite evident discussions on the environmental benefits of fleet electrification, there are several barriers to their widespread adoption. One of these barriers is, without a doubt, the consumer behavior, which, once accounted for, can provide useful insights into the market responses to CAFE regulation. Additionally … further research on the impacts of CAFE standards on the vehicle market is significant to enable improved policy analysis of the implications of CAFE. Furthermore, the time that it takes vehicle manufacturers to switch their vehicle portfolios to the ones with electric powertrains, and that it takes consumers to adopt to such a transformation presents another barrier. Hence, using the agent-based modeling technique, this study aims to contribute to the relevant literature by investigating the consumer behavior as well as the manufacturers’ reaction to CAFE standards, and by estimating the market penetration of EVs under various real-life scenarios.

The research used a previously developed Electric Vehicle Regional Market Penetration model and factored in scenarios including no policy, government incentives, CAFE standards, and CAFE paired with incentives. The following percentage estimates were established for the year 2030:

Based on the simulation results under the scenarios in which governmental intervention was accounted for, the years 2023 and 2024 are estimated to be a major turning point with significant increases in progress with respect to EV adoption and particularly for the adoption of all electric vehicles. One likely reason for this observation is that increasing the fuel economy and/or changing the design (i.e. increasing the footprint) of conventional vehicles to comply with the CAFE regulation is expected to become as costly for vehicle manufacturers (if not more so) as manufacturing more EVs in a vehicle fleet by 2023 or 2024. This means that manufacturers will invest more in EV manufacturing so as not to lose their profits by risking regulatory violations. This observation based on the findings is consistent with the fact that it also takes time for both manufacturers to change their vehicle portfolio and for consumers to adopt new technology vehicles, i.e. AFVs.

… although the impacts of technological advancement regarding EVs and the associated potential decline in the cost of EVs are not considered in the model, it can be inferred that EV market penetration will likely increase more rapidly with a greater deployment of recharging stations in the US, as confirmed in the results of the sensitivity analysis. The results of this study also indicate that the government should be persistent in the implementation of CAFE regulation, and that the CAFE standards work best when implemented in conjunction with the availability of financial support for at least 10 years, especially from now until 2025.