Daimler Decides On Duesseldorf For Production Of Electric Mercedes-Benz Sprinter 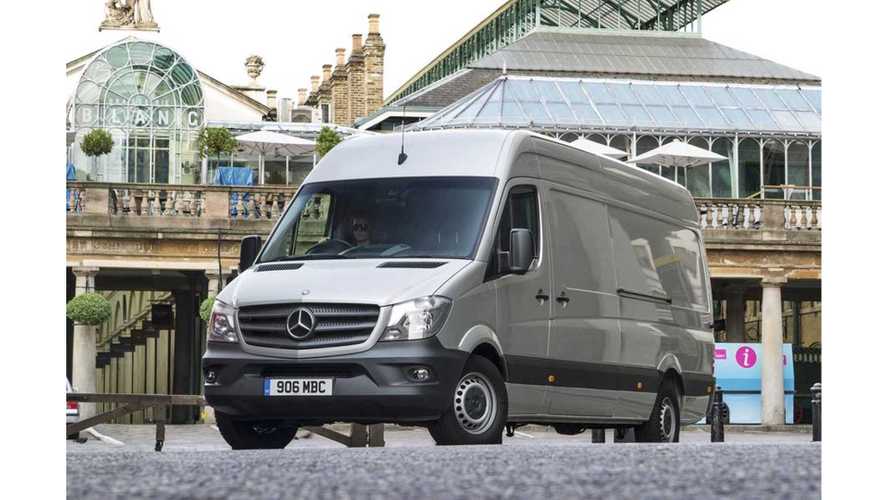 Daimler is now officially ready to move forward with its plans for the electric Mercedes-Benz Sprinter van.

Nearly a year ago, Mercedes-Benz began plans to design its next-generation Sprinter vans to accommodate electrification. At the time, Mercedes said that the vans would come to market in 2018 or 2019. The Detroit Bureau explained:

“If market demand supports it, the next generation Sprinter will use electric powertrains and autonomous driving…”

As we previously reported, Mercedes-Benz found a volume customer for its upcoming all-electric Sprinter and Vito vans. Daimler strategic partner Hermes plans to buy 1,500 of the electric vans by 2020. The partnership is set to begin in Germany in 2018. Hermes hopes to be emission free in all inner-city German areas by 2025. Volker Mornhinweg, Head of Mercedes-Benz Vans said:

“Electric drive is a key technology for urban transport – especially in commercial use. Last-mile deliveries must become more efficient and – in specific applications – emission-free. Last year, we announced that we will put a Mercedes-Benz electric van into series production again; our first one was in 2011. We are proud that we can already announce that Hermes will be our first customer – and with a significant number of vehicles at that. This is a specific implementation of our plans for tailored industry solutions in cooperation with our customers. Hermes requires mid-size and large vans with electric drive for its applications. We can meet both needs with high-quality, reliable and safe vehicles that set high standards also in terms of driver ergonomics”.