Mitsubishi Has Sold Its 10,000th Outlander PHEV in Norway 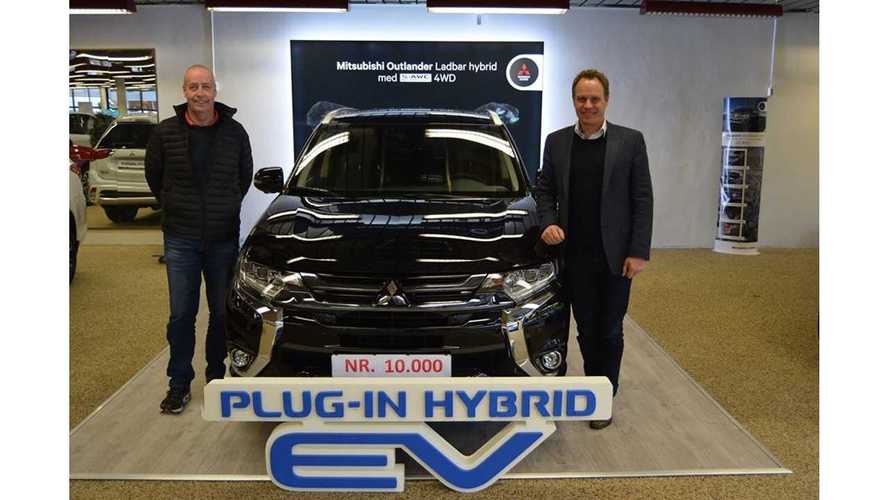 Mitsubishi, despite being one of the not-so-big car manufacturers, has managed to become an electric drive pioneer of sorts, first with the all-electric i-MiEV, and then later with its first plug-in hybrid SUV, the Outlander PHEV.

Truly, it is amazing how successful Mitsubishi has been with that model is in Europe, recently hitting the milestone of selling 10,000 copies in Norway alone.

Almost as amazing, but in a less positive way, is the OEM's reluctance to introduce the Outlander PHEV in the North America...but that's different story.

Worldwide sales of the plug-in Outlander hit 100,000 just a year ago (with two-thirds of those occurring in Europe, with the bulk of the balance at home in Japan). Now for 2017, Europe alone is approaching the 100,000 sold mark, and will be reached later this year, barring a catastrophe of some sort.