Op-Ed: How to Phase out ICE Vehicles Sales Within a Decade 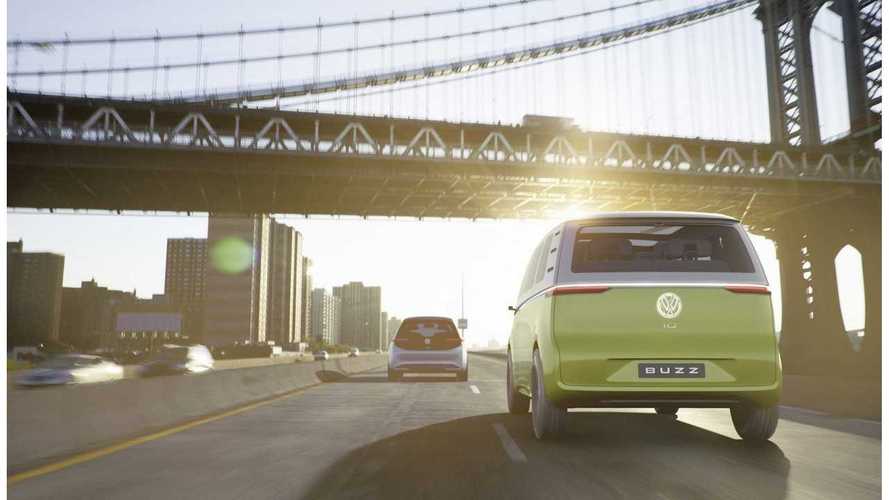 How to make 'em all plug-ins (InsideEVs/Warren M)

Modern plug-in vehicles have been around since the end of 2011, but even after six years of sales they are only accounting for around 1% of new vehicle sales in the US and most countries of western Europe.

In The United States (via YouTube/Teslarati)

EV advocates had been hoping for much faster adoption, but there are several factors that limit the availability and adoption of Plug-ins. (For the purpose of this article I am using the terms EV and Plug-in synonymously, encompassing both pure electric vehicles and plug-in hybrids).

Resistance from established auto manufacturers and/or their dealers, lack of effective government incentives, insufficient charging infrastructure, high cost and limited capacity of batteries, limited battery production capacity, and the ignorance of the general population about electric cars, to name just a few.

Despite these factors sales have risen steadily and most experts agree that EVs are here to stay and are in fact the future of transportation. With the advance of better and cheaper batteries sales will continue to grow and they will gradually begin to outsell and eventually displace internal combustion engine (ICE) vehicles. That point can’t come fast enough for EV advocates, but most researchers put that point several decades away.

Some countries (Norway, The Netherlands, Germany and even India) have started discussing how to phase out ICE vehicles but none of them have developed concrete plans on how to do that. Norway is clearly the farthest along the way and its example shows that EV adoption can be greatly accelerated with the right combination of government policies. In this article, I am proposing a simple yet effective way to phase out sales of new ICE vehicles almost completely within less than a decade.

The example of numerous states and countries (Georgia, Canada, Denmark, The Netherlands) has shown that as long as the current price-premium of EVs over ICE vehicles persists, purchase incentives will be necessary to spur EV adoption.  Also, established car makers are reluctant to commit to producing EVs in large numbers given the uncertainty of the marketplace and battery makers are equally cautious in establishing the necessary and hugely expensive battery factories.  Thanks to Tesla, and their partner Panasonic, that is gradually changing, but not fast enough.

In order to facilitate the phase-out of ICE vehicles huge investments in battery production will be necessary, but that will only happen when there is a large and guaranteed market for EVs. In the near term this will only be possible through consistent and aggressive government policies providing both incentives for EVs and disincentives for ICE vehicles. The trick is to do this in a way that is politically feasible, gives auto and battery makers time to adapt, and does not cause hardships for large parts of the population, especially lower income families. Here is my suggestion for a solution.

This would provide funds to pay for existing EV purchase incentives, increase them, and/or add charging infrastructure.

If done correctly it would be budget neutral and sustainable for as long as needed. Also, as this would only apply to new vehicle purchases it would only affect the wealthier segments of the population who can afford to purchase new vehicles. Even for them this would not create a hardship, as the incentives would presumably lower the price of EVs to be equal or lower than a comparable ICE vehicle.

This surcharge would increase at a predictable rate to provide funds to subsidize rapidly increasing EV sales and further discourage ICE sales. It would also provide a predictable and guaranteed market for auto and battery manufacturers that will encourage them to increase availability and production of new models. Potential purchasers would know that ICE vehicles will get more expensive over time and that purchasing one would be to invest in an outdated technology that will become less desirable and valuable down the road. Like buying a dumb phone in the age of smart phones.

Fees to drive a petrol vehicle? Ford CEO Mark Fields would likely not be a fan

For a very aggressive timeline I favor an exponential increase of the registration fee (doubling every year) from a very low level. This would give both consumers and manufacturers time to adapt and would still eliminate most ICE sales in less than a decade. For example, a $100 initial fee, doubling every year, wouldn’t be more than a nuisance for the first few years, but would grow to $12,800 by year eight, effectively making ICE vehicles unattractive for all but the ultra-rich.

This principle can be adapted in a variety of ways and allows for an infinite number of permutations. Early on allowances may have to be made for vehicle types where no or limited EV alternatives exist (pickups, vans). Once used EVs become plentiful the same procedure could be used to accelerate the phase-out of existing ICE vehicles.

We have a choice, either we can wait for battery prices to gradually come down and for EVs to naturally gain market acceptance in the coming decades, or we can take aggressive measures to take control of the process and usher in a better future for all of us as soon as possible. All that is needed is for one state or country to take the lead to provide a blueprint for others to follow. Who will be the first?

Editor's Note:  Our thanks to Stefan for providing this piece to InsideEVs.  Also look for some contributions to the site in the future as well.