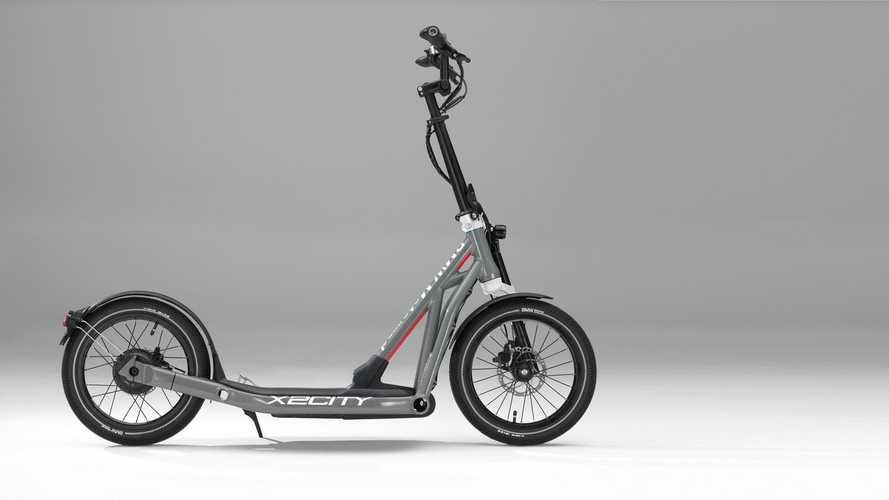 You will be able to buy one, but not from BMW.

After coming out with a matching mountain bike for the new X3, BMW is now introducing another two-wheeled, human-powered form of transportation with electric drive. This time around, it’s a kick scooter from the BMW Motorrad division and was developed in collaboration with ZEG, the company known for the Kettler brand from where you’ll actually buy the X2City since it won’t be available through the Motorrad dealer network. Kettler is going to be responsible for servicing and warranty processing as well.

While the final price tag has not been set in stone, BMW Motorrad says it will cost less than €2,500 (about $2,850) when it will go on sale towards the end of the year. In return, you’ll receive a kick scooter that weighs 20 kilograms (44 pounds) and is equipped with a foldable steering unit, which will prove quite handy whenever you will want to store it in the trunk of your car – a BMW, of course.

Details about the exact dimensions have not been released, but we do know for sure it’s even smaller than a foldable bicycle. The X2City’s highlight is represented by a brushless hub motor powering the rear wheel to give it a top speed of 15 mph (25 kph). BMW Motorrad points out the electric mode can be turned on only after the kick scooter reaches at least 3.7 mph (6 kph). After that, the driver will get to pick from five programmable speeds. Deactivating the electric drive can be done at any time by simply using a switch.

The 408-Wh lithium-ion battery pack feeding the motor has enough juice to last for anywhere between 25 to 35 km. Once depleted, a full recharge will take about two and a half hours using a conventional household socket. Speaking of batteries and recharging, a useful micro USB port is integrated in the instrument cluster to fill up a smartphone’s battery.

The BMW Motorrad X2City is available for anyone aged 14 or above. A driver’s license is not required, nor is a helmet, though it’s better to wear one just in case.