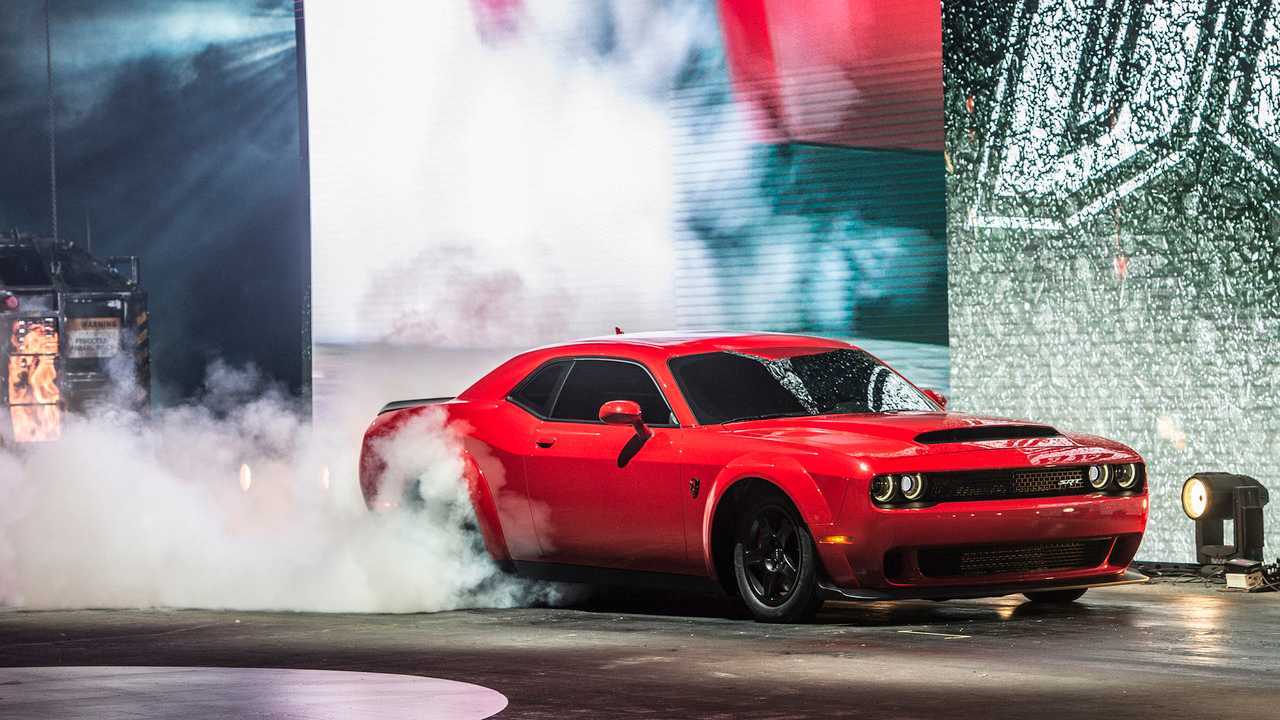 If only New York Governor Andrew Cuomo and the New York State Energy Research and Development Authority would have planned ahead and secured an EV ...

New York is pushing EV adoption hard with its new rebate, so governor Andrew Cuomo was delivered to the recent New York Auto Show via a Tesla Model S P100D ... only in our dreams, of course.

In reality he arrived doing a burnout in a Dodge Demon.

The New York State Energy Research and Development Authority (NYERSDA) stated that 30 electrified models are sold in New York and are eligible for the state's new rebate. The organization's Vision Statement says:

“Serve as a catalyst — advancing energy innovation, technology, and investment; transforming New York’s economy; and empowering people to choose clean and efficient energy as part of their everyday lives.”

Doing A Burnout Too

The Drive Clean Rebate program is good for up to $2,000 on the purchase of qualifying electric vehicles and plug-ins. It is available statewide, however is based on dealer participation. The dealers must simply enroll in the program, and everything should be all set.

Cuomo has publicly supported the Drive Clean Rebate. He spoke to the media upon making a guest appearance at the New York Auto Show in Manhattan. He shared:

“I encourage New Yorkers to consider electric vehicles and help take us a step closer to achieving our goal of reducing emissions 40% by 2030. The technology and that innovation is very important for the industry as well as for society."

He also shared with the press that New York is offering a total of $55 million in rebates through the program. The state is using another $15 million just for consumer advocacy and education, along with adding charging infrastructure. New York is currently home to 1,600 public charging stations. Cuomo continued:

"We want to accelerate the transition into those vehicles.”

All of this is outstanding for the growth of the segment. However, it's sad that Cuomo and NYERSDA didn't think ahead and plan for the governor to be delivered to the event via an EV. Instead, he showed up in the gas-guzzling Dodge Challenger SRT Demon. The epitomal ICE competition to the Tesla Model S P100D's acceleration stats.

.@NYGovCuomo knows how to make an entrance at #NYIAS, racing up in the @Dodge Demon. pic.twitter.com/f4XO9SNtjC

Obviously, the press and onlookers didn't think to put two and two together, and call the governor out for this choice. Maybe next time someone will think this through.