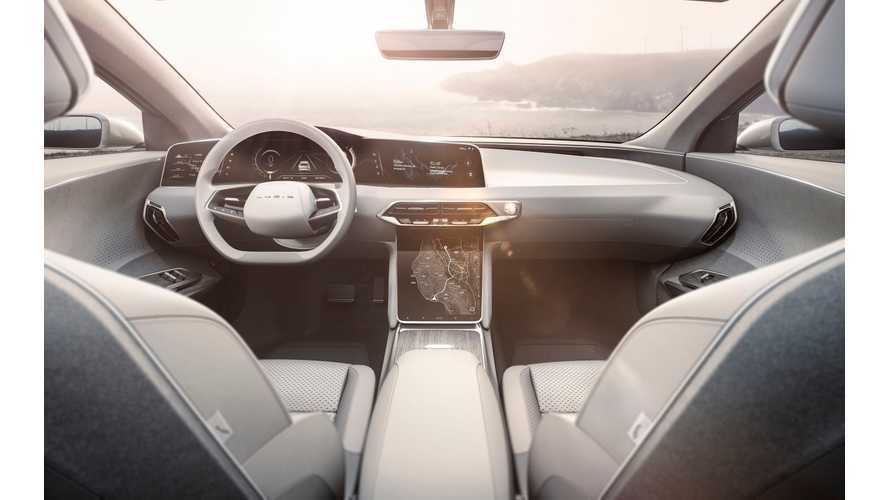 Lucid Motors has so far introduced alpha prototypes of its luxury "Air" electric car (priced from around ~$60,000 reportedly for a 240 miles car, with a 6 figure car netting some ~400 miles) to the public, and from that launching point is currently working on financing for its production plans in Casa Grande, Arizona, to deliver its first EVs in ~2 years time.

The first phase of a $700 million dollar project would see $240 million raised to get the facility off the ground, and enable a build rate of 20,000 copies per year.

Peter Rawlinson is CTO of Lucid Motors, and is known as someone who is both competent and credible, as he was also the former chief engineer of the Tesla Model S. Not strange then that Lucid seems to have made Rawlinson the face of the company, and in turn speaks to the value of the new car.

From the New York Auto Show, Rawlinson calls the Lucid Air revolutionary compared to the Tesla Model S, but at the same time states that Tesla isn't a direct competitor, because Lucid targets the luxury end of the market.

As it turns out, revolutionary these days means space.  Lots of space:

"It's a revolutionary step forward because it's a car that is more compact on the outside and much more spacious on the inside," Rawlinson says (via Automotive News). "That's what makes it revolutionary."

"And this is not another Model S. This is the next-generation electric car. This is showing the true potential of electrification. No one's done that."

"Rawlinson and Derek Jenkins, Lucid's vice president for design, maximized interior space in the Air by working around an irregularly shaped battery pack that, for instance, does not intrude into rear foot space."

As for the luxury angle, it is true that while Tesla has superior ranges to other EVs of today, and far greater performance than basically any vehicles on the market today, luxury finished really aren't synonymous with the brand.

So if Lucid can get off the ground, and find that ~240 million to get into production, perhaps there is a niche there the start-up can fill.