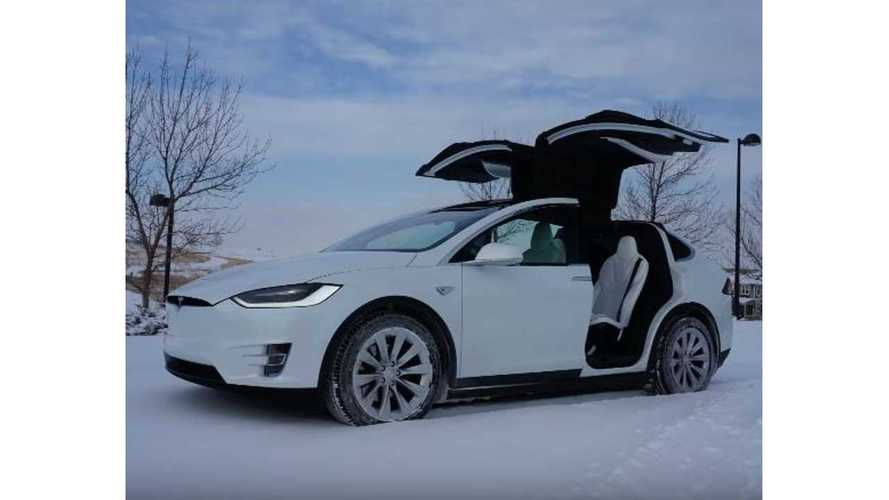 One of many questions about electric vehicles (EVs) that has yet to be answered: How will their resale value hold up? There are a few reasons to expect that it will fare poorly. First, most EV-makers are introducing major improvements every year, so there’s a pretty good incentive for a current owner to trade up, or for a prospective buyer to pay a little more and get the latest and greatest. Second, lithium-ion batteries do degrade with time, so if you buy a used EV, you’re probably buying a car with less range than a new model would have. And of course, the minute an EV drives off the lot, the $7,500 federal tax credit goes with it.

This logic seems to apply in the case of the Nissan LEAF, which is selling at bargain prices on the used market. According to Kelley Blue Book, you can get a 2014 LEAF for under $8,000, less than a third of the price of a new one. That’s a pretty darn good deal for a 3-year-old car (or a d--n bad deal if you’re the one selling).

So far however, the resale value of Teslas seems to be holding up very well, thank you.

The cheapest of Tesla’s certified pre-owned offerings at the moment is going for about $46,000, and Kelley says even a 2012 Model S from a private party will cost you around 42 grand.

It’s a case of simple economics: demand exceeds supply. Until recently, buyers faced a wait of weeks or months to get a new Tesla, so some were willing to pay top dollar for a used one right away. For a while there in Norway, there were even reports that owners were reselling their Teslas for more than they paid for them new.

Also, "Used Model S sedans had the briefest time on the market of all vehicles included in the survey, taking, on average, 87 days to sell. That was about 5% quicker than the average for vehicles in the model’s peer group, which included the Audi A7, the Porsche Panamera, the BMW 6 Series, the Mercedes-Benz CLS and the Lexus LS 460. the listing prices of used Tesla Model S sedans were between 3% and 5% above their peer-group average for the past year, after controlling for price differences among the models."

That said, is an electric vehicle really a wasting asset, doomed to see its value trickle away like a battery charge on a hot Southwestern freeway?

Actually, the opposite seems to be the case, because there’s another factor many haven’t even considered yet: once an EV battery reaches the end of its useful life in a car, it still has value as part of a stationary storage system.

According to a recent report from ARK Investment Management*, “One of the chief concerns about EVs - battery degradation - seems to be misplaced: ARK’s research suggests that EV batteries will retain substantial value after reaching the end of their in-vehicle lives. Utilities are in constant demand for energy storage products.”

In fact, if ARK’s estimates are accurate, the battery alone in a 10-year-old Tesla could retain more value than an entire ICE vehicle.

Battery storage is important for integrating renewable energy sources like solar and wind into the grid, but an even more pressing need is peaking power.

Utilities pay power producers handsome sums for access to standby power, in case it is required to handle peak loads, which may only occur a few times a year. Traditionally, this means having a fossil fuel plant standing by, ready to produce power if needed - a very expensive proposition.

That’s one reason why utilities around the world are deploying battery storage at a furious pace. Numerous companies, including Nissan, Renault, Daimler, BMW and Siemens, are already demonstrating stationary storage systems using “second-life” batteries from vehicles.

EV batteries aren’t expected to last the life of a vehicle. Most EV-makers warranty their batteries for 8 years, which gives you an idea of how long they expect them to last.

EV drivers want maximum performance and range, so once a battery has degraded to 80% of its original capacity, it may be unacceptable to a car owner. However, it’s still perfectly suitable for use in a utility-scale storage system.

ARK does the math, based on figures from PJM, a wholesale electricity market that serves 13 states. For 2020, PJM is currently pricing storage capacity at $100 per megawatt per day. If an 85 kWh battery that had been used in a car for 10 years were configured to store enough energy to generate electricity for 2 hours, its capacity would be 42.5 kw. So according to ARK’s calculations, the value of a 10-year-old Tesla battery to a utility like PJM would be around $15,000.

If those figures hold up, then the residual value of a Tesla after 10 years would be considerably higher than that of a gas-burner in the same class. ARK found that the Kelley Blue Book value of a BMW 7 Series or a Mercedes-Benz S-Class, with the same number of miles, would be only 40-75% of the value of the Tesla’s battery alone.