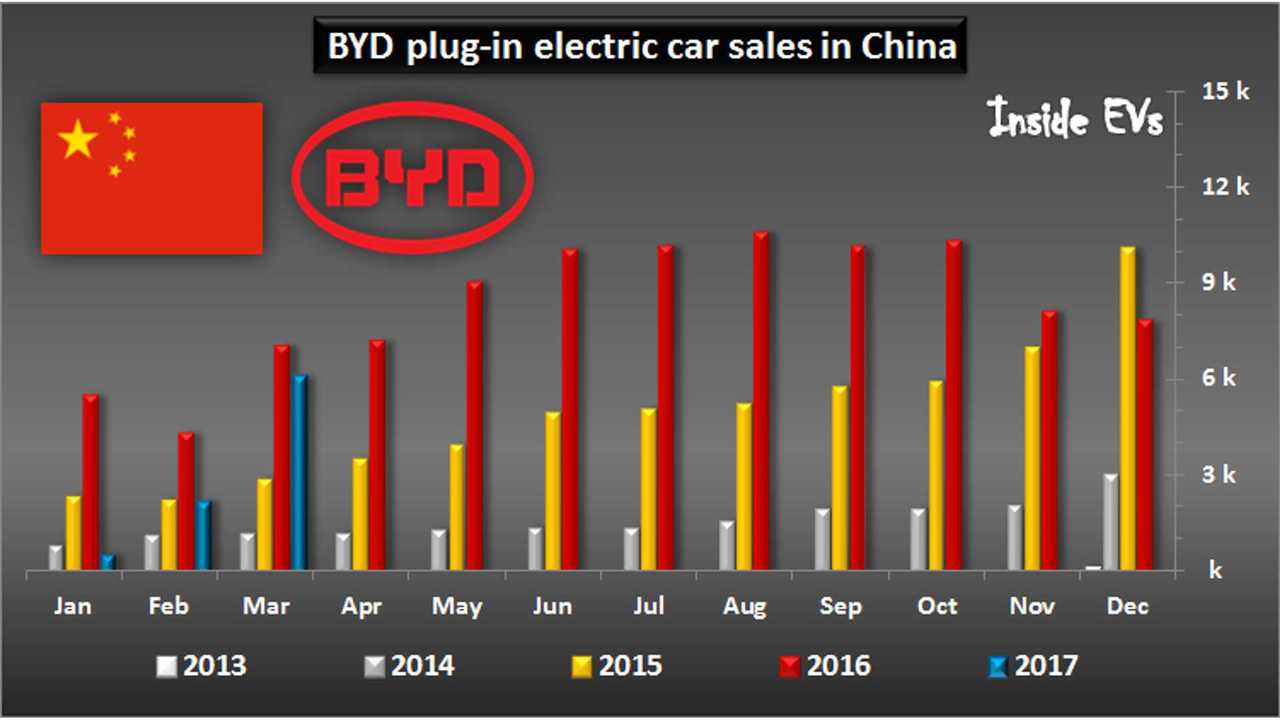 The good news is that BYD plug-in car sales have begun to rebound strongly from the Chinese government's self-inflicted collapse of the plug-in segment at the beginning of the year (as bureaucratic shuffling, and red-tape meant no EV subsidies, for any offering...for almost the first two months of the year).

BYD's shareholders for sure will not be happy with the first quarter results of the company.  BYD even sent out a proactive note to investors saying that EV incentives earlier in the year will hurt profits in Q1.

According to sales reports, four out of five BYD's plug-in models rebounded to reach the 1,000+ units a month level, while Qin stayed low at just 248 registrations.

Given the recent trends, we expect to see both BYD, and overall plug-in sales in China, to start setting new records again for April.