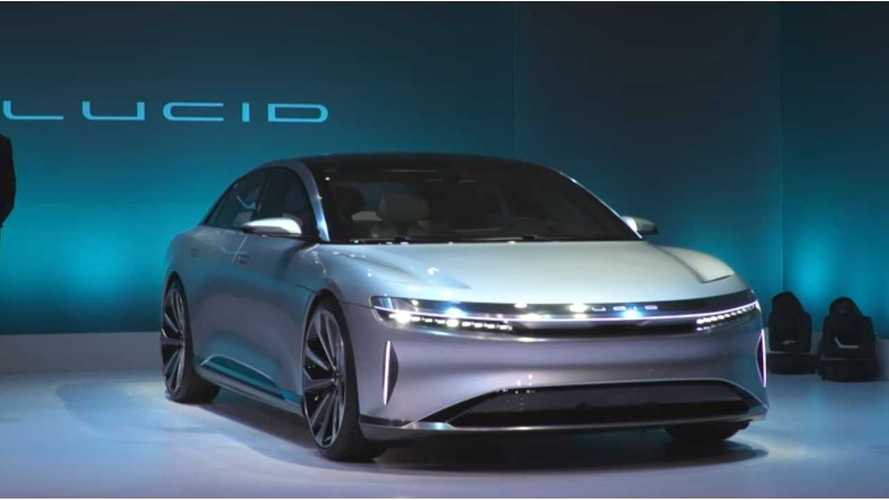 Rawlinson did disclose that a Lucid Motors SUV may actually be in the works a few years after the flagship Lucid Air comes to production. The Lucid Air is not an attempt to compete with the Tesla Model S, but actually to "one up" the long-range all-electric sedan. An SUV release will obviously attempt the same goal, in relation to the Tesla Model X, but also aims to work against the German luxury automaker SUV market.

The ex-Tesla engineer explained that, for now, Lucid needs to remain "laser-focused" on the Air and its initial efforts. The company is currently in the midst of its Series D round of financing, in order to raise money to begin construction of a factory in Casa Grande, Arizona.

Lucid's primary goal is to get the Air to market in 2019, so if all goes well, a Lucid SUV may surface around 2021. Expect the SUV to cost more than the flagship sedan, which starts at ~$60,000, but will easily exceed $100,000 in its loaded configuration. Buyers interested in a less expensive offering from Lucid may have to wait much longer. Rawlinson said of the possibility:

“I think sometime in the future we’d love to do that. We believe that to grow the company we need to do that, but we are under no illusions as to the enormity of the task, and right now, we’ve got laser-focus on our first product.”

Lucid has already acquired land and permits for its Casa Grande assembly plant, but the company has yet to break ground. Rawlinson believes that breaking ground prior to actually having secured funding is "irresponsible." Perhaps he has taken notes about what not to do from another "faraway future" electric car startup.

It's obvious that Rawlinson and company have also taken some notes from Tesla. The affordable mass-market Model 3 is slated to enter production this July, but Tesla was founded back in 2003 and moved to financing rounds in 2004 and 2005. The Roadster appeared in 2008, and the automaker went public in 2010. Now, seven years later we see the first widely accessible vehicle, in the upcoming Model 3.

Lucid has a few tough years ahead, but Rawlinson assured that the company needs to first lay a successful foundation, and:

“Then you can do all sorts of interesting things as a company.”