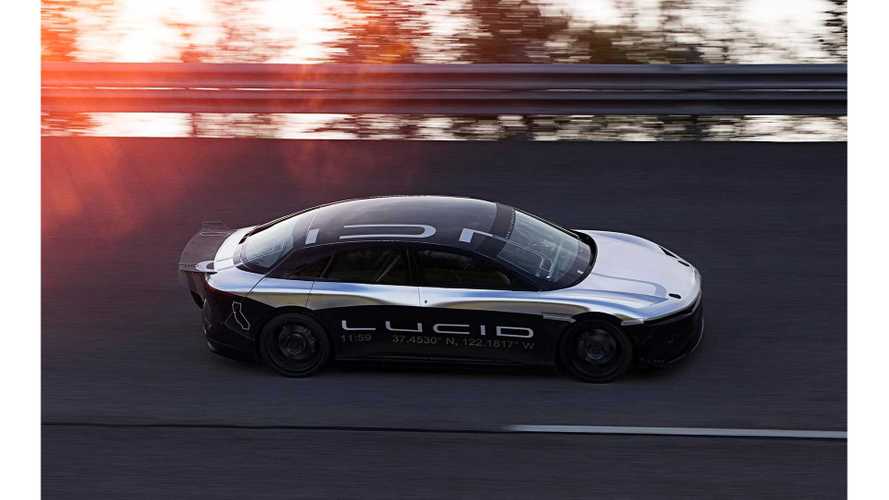 Lucid Motors looks as though it may have more promise than the handful of other would-be electric automotive startups, however the company lacks one essential element ... money.

Yes, money is a prime component lacking in many a new business ventures, but management at Lucid is taking the smart path, not only making it known that funding is scarce, but also holding off on breaking ground and false promises, until the financing is secured.

“We don’t have the money in place. That’s why we need to secure Series D in order to execute this. It would be irresponsible to start moving earth or start anything until we have a financial runway to execute that professionally and with absolute integrity.”

Rawlinson explained that he has his "key players" in place, and obviously we have seen the working prototype in all of its glory.

However, a factory is a necessity, and though the site in Casa Grande, Arizona is purchased and approved, and permits are in, construction on its first phase won't begin until the Series D round of financing is complete. Rawlinson said:

“I have secured many of my key players. All my vehicle directors that report to me were with me at Tesla on Model S. So the team that’s doing this knows how to do it.”

Lucid announced late last year that its goal was to break ground and begin hiring in the first half of 2017. Once this process begins, it will be another two years before the automaker can start production. Being that the vehicle itself appears to be a success, and Rawlinson has a tried-and-true team of capable engineers, he doesn't seem too concerned that Lucid will be a few more years behind Tesla, and any other competitors that may soon come to market.

Part of the CTO's lack of concerns lies in the fact that the high-end Lucid Air will be in a class of its own, and is not meant to directly compete with the Tesla Model S. Also, Tesla's focus for the next several years will be in the mass-marketed Model 3, which isn't even in the ballpark with the Air. Finally, none of the "other" possible competitors seem to be having any good luck.

Specifically, the company is looking to raise the first portion - $240 million (of some $700 million dollars needed to fund the entire project) to get the first wave of production off the ground, and give the company the ability and means to produce the Lucid Air at a rate of about 8,000-10,000 per year.

Once fully funded thereafter, the target annual production moves to 20,000 units/per annum, then up to around 130,000 by 2022, while at the same time introducing its fully autonomous driving software.

Inside the Lucid Air

Like Tesla's vehicles today, every Air will come off the assembly line with all the necessary self-driving hardware already in place. Rawlinson admitted:

“There are a lot of bulls; I’m a bit bearish about the software being available. But having that sensor suite means we can collect the data, the big data, and that in itself will help accelerate the process toward full autonomy.”

The recent interviews with Rawlinson came about because Lucid made somewhat of a surprise appearance at the New York Auto Show. In related news, the Lucid Air just underwent its first high-speed stability test at a whopping 217 mph. Being that it will likely compete more with German luxury performance vehicles, this is another major step forward.

While other automotive startup entrants can drive across a stage (or fail to), a "dud" prototype would not be able to pull off such worthy feats. Let's hope that Lucid can secure the funding it needs to make the Air a reality. Rawlinson is all about being honest, and maintaining credibility and integrity. He concluded:

“To be credible there, we have to have a car which can run at Autobahn speeds and compete with that set and show its credibility. It’s a bit like the diver’s watch. It has to go to 1,000 meters. Maybe the human body can’t take 1,000 meters, but to be credible that watch has to deliver what it says it can.”