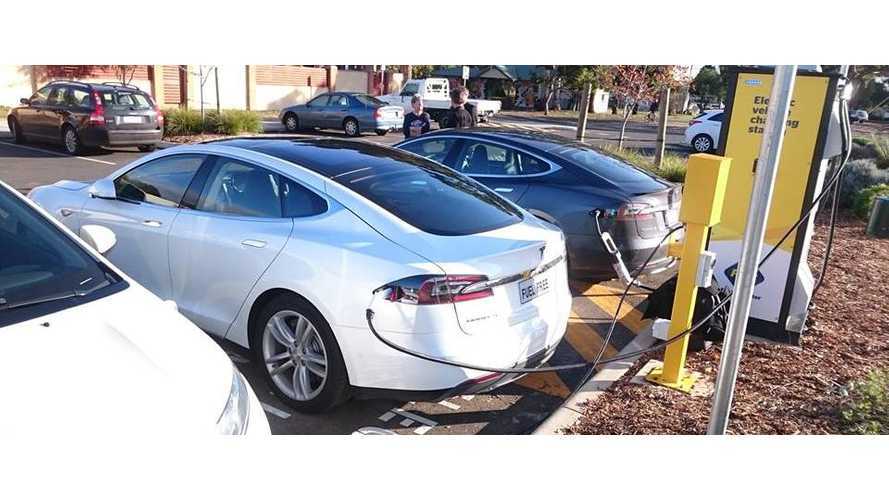 Western Australia has long been one big EV charging station desert, as it's a fairly sparsely populated state in general, however times are changing.

Synergy to partner with the Australian Electric Vehicle Association to install three-phase charge points in towns and roadhouses on all major roads in the south and east of the state, as well as some remote locations in the north. (source: RenewEconomy)

A new initiative between Synergy (a utility company) and the Australian Electric Vehicle Association, will result in more than 70 new charging stations installed in rural WA in the next few months. 90% of them to be available in September.

The charging stations are to be mostly simple three-phase electric sockets, which are kind of a "bush standard", but we are sure people looking for a charge won't mind.

"A spokesman for the AEVA said WA could no longer "wait around" for rural electric vehicle charge points.

"The West Australian branch of the Australian Electric Vehicle Association (AEVA) have teamed up with WA's biggest electricity retailer, Synergy, to deliver electric vehicle charging points to rural and remote towns in an effort to better connect electric travellers," he said."

"Synergy commercial general manager Geoff Roberts said the business would continue to expand its role in the electric vehicle market.

"Synergy has formed strong partnerships with industry groups like AEVA and the Electric Vehicle Council of Australia to understand what the future is likely to look like and to examine ways in which the business can play a leading role in enabling the take up of electric vehicles," he said."