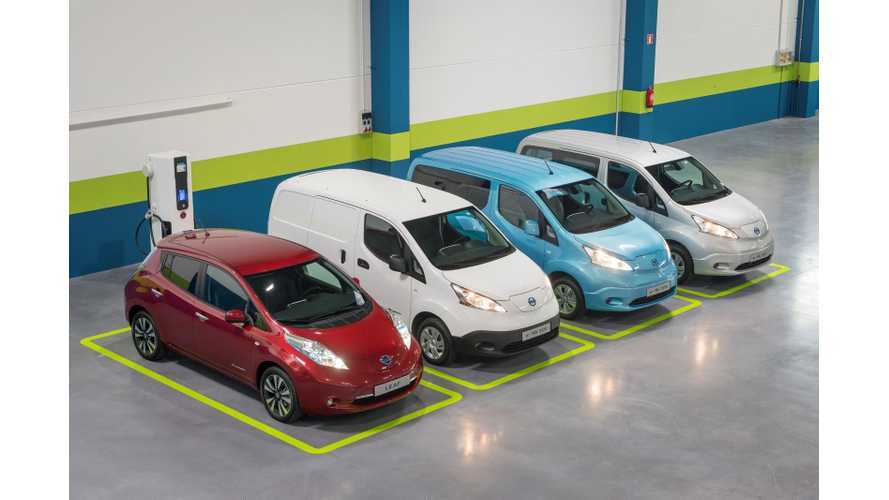 Nissan has announced a record for overall car sales in Europe for the past fiscal year 2016 (which ended on March 31, 2017).

On the electrified side of things, and despite no upgrades of significance, the LEAF and e-NV200 managed to combine to find more than 23,000 sales. That's new record.

Three percent is relatively good base for the 10% share once forecast for 2020 by Carlos Ghosn.  The new, 2nd generation LEAF which debuts in September, and the two other (yet unnamed) long distance EVs arriving by 2019 should give Nissan a fighting chance at hitting that mark.