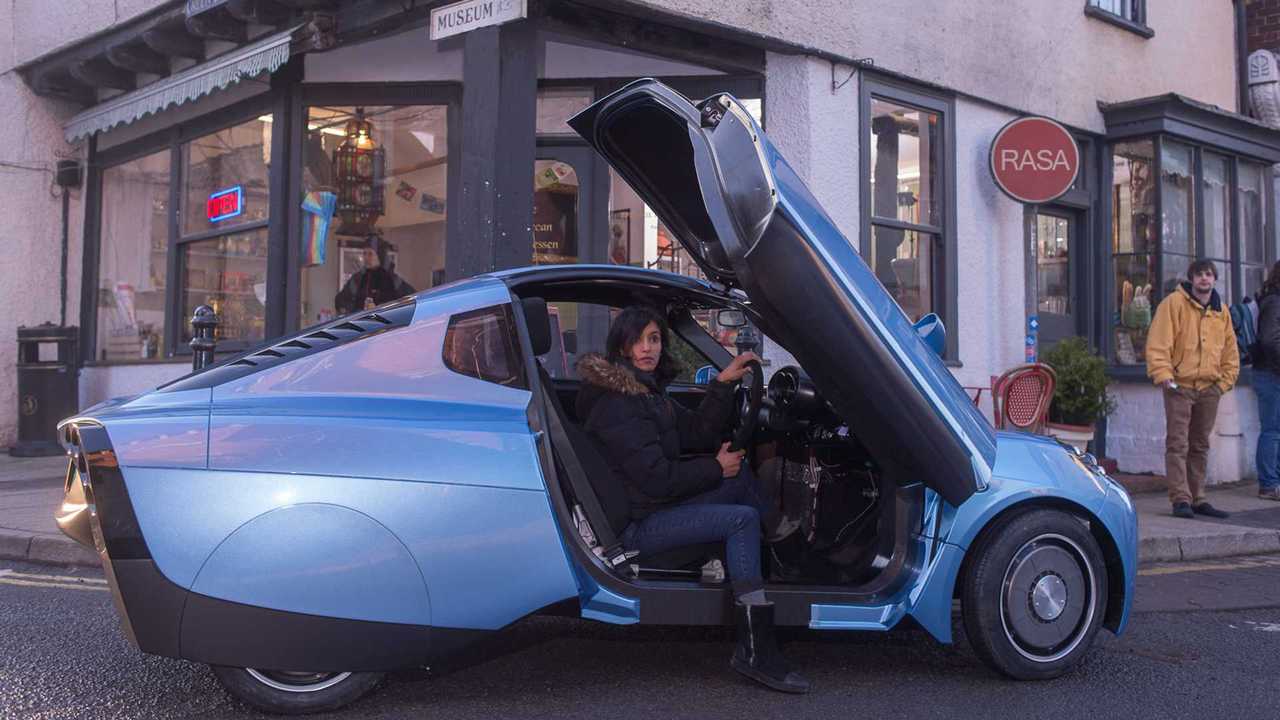 There are beta tests and there are beta tests. A new app might be cool and easy to get in on, but a quirky, limited hydrogen vehicle? That's another issue entirely. In order to sign up for the beta test of the Riversimple Rasa, you will need to live in or near Monmouthshire in the UK, have a reason to regularly go to nearby Abergavenny (where the one and only hydrogen refueling station will be set up), and want to test the car for between one and three months. If you meet all of those qualifications, then sign on up at the Riversimple website before September 1st and get ready to ride on H2 at some point by the end of the year. Riversimple is looking for between 80 and 100 beta testers.

As we wrote a year ago, the Riversimple Rasa is an ultra-light, two-seat, hydrogen-powered car with a range of 300 miles few tank. There are four electric motors, one in each wheel, and an 8.5-kW hydrogen fuel cell to power them. That's not a lot of power, which is why the Rasa has a top speed of 60 miles per hour and is not allowed on the highway. The test vehicles will be hand-built.

Riversimple has not plans to actually sell the Rasa, even when it goes into actual production. Instead, the company will offer the car like today's cell phones, using a service contract. The company says:

A customer will typically sign up for a contract of 1 – 3 years, and pay a monthly direct debit which comprises a fixed cost for the car + a charge relating to mileage. Riversimple pays for all the hydrogen, insurance and all maintenance, tyres, etc.

For the beta test, though, Riversimple wants to hear how people like driving the vehicle and what they think about the car's advantages and shortcomings.

We are excited to learn how you use the Rasa, how different it feels from conventional cars, what you miss (if anything), what needs improvement. We also want to learn how to present our unique service and how best to support our customers.

Of course, Riversimple knows all about the debate between battery electric vehicles and hydrogen cars. This, though, is what the company calls the wrong question.

Welsh hydrogen car company Riversimple is recruiting 100 test drivers to take part in the first trial of its kind in the UK.

Starting at the end of 2017, the 12 month beta-trial of its hydrogen-powered FCEV (fuel cell electric vehicle), Rasa, will launch around Abergavenny in Wales, complete with hydrogen refuelling point.

The ground-breaking trial will enable drivers to directly influence the final design of the car and the service, which will be offered on a subscription basis - similar to a mobile phone contract.

Testers will be able to drive the two-seater eco-car for 1-3 months, as part of a unique initiative with Monmouthshire County Council.

Riversimple director Fiona Spowers said, "We're looking for fellow trailblazers to drive our beautifully engineered cars in everyday situations. Our beta-testers are crucial to our plan, and will be shaping the future of our business and maybe the future of motoring for everyone.

"Their input will feed into the Rasa's final design. We have a safe, brilliantly engineered prototype that has completely wowed the likes of Chris Evans. Now, we are refining the design for everyday life. In the spirit of open source development, beta-test drivers will also advise us on creating a seamless, wonderful experience for future customers.

"We are interested in local people who have a clean driving licence and who tend to use their car for local journeys. The Rasa has a maximum speed of 60mph, so it is not designed for long distance motorway travel. It's licensed to be on the road, but not finalised for production. "

The test is partly funded by a €2m grant from the European Union and from a crowdfunding round earlier this year, which exceeded its £1m target. Another funding round is planned.

Riversimple is the world's only independent hydrogen car company and is currently the only business of its kind to adopt a circular business model, reducing waste and recycling parts wherever possible.

It will offer the Rasa on a service contract – with customers paying a monthly direct debit, with a fixed cost and mileage charge. Riversimple will pay for hydrogen, insurance and all maintenance, including tyres, representing good value as the car ages.

Spowers said: "Driving is such an emotive, vital thing to many of us – our zero-emission cars offer the joy of driving, but with none of the hassle of ownership depreciation, dirty taxes and servicing extras. Our aim has always been to produce a car which is available to the many, not just the well-off and feedback from the trial will help to ensure we achieve this."

The company is planning to install a hydrogen refuelling point in one of the main car parks in Abergavenny. Refuelling is simple, with a self–service pump and takes less than five minutes. Drivers attach a hose to the car, step back to the pump and press a button to fill the tank with 1.6kgs of hydrogen, lasting 300 miles. No money changes hands when you refill – the bill goes directly to Riversimple.

The company's dedicated engineering team will offer an emergency breakdown service to all drivers taking part in the trial and insurance costs will be picked up by Riversimple.  For more details, email fiona@riversimple.com or call 01597 821060.

Recruitment of the beta-testers marks the start of the company's ambitious plans to kick-start hydrogen infrastructure in the UK by developing a community of users around a single hydrogen refuelling station.

Over the next 20 years, Riversimple plans to build a distributed network of compact and efficient manufacturing plants that will regenerate communities and create jobs.

The Rasa is currently believed to be the greenest car designed for ordinary road use and emits just water. It is the culmination of 15 years of research and development by a team that includes ex-F1 and aerospace engineers and was launched in spring 2016 to huge acclaim. It is powered by a small hydrogen fuel cell, as well as energy recaptured from braking.