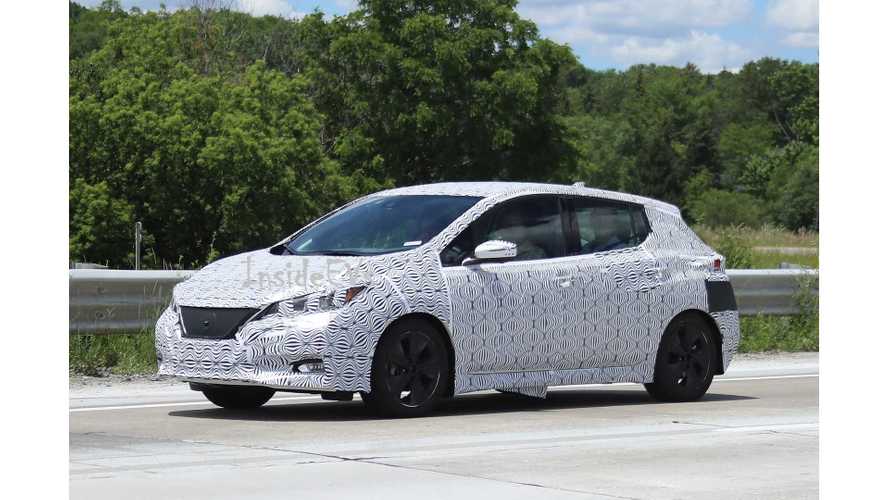 TESLA AND NISSAN: WHO'S THE CHALLENGER?

Tesla’s Model 3 is a groundbreaking vehicle in several ways. It will be the company’s first foray into the mid-price market, and it will expose Tesla to something it hasn’t had to face before: competition. Every vehicle Tesla has launched up until now - the Roadster and Models S and X - has been unique in its class.

There simply are no other pure electric roadsters, large sedans or SUVs on the market (Model S also happens to outsell gas-powered cars in its class, but that’s another story).

After months of anticipation, Nissan has confirmed that the new and improved LEAF will arrive on September 5th in Tokyo (technically making it the 6th in Japan).

The company isn’t releasing any details at this point, but the EV media is expecting a more stylish vehicle, perhaps based on the IDS Concept that Nissan displayed at the 2015 Tokyo Motor Show (see the most recent spyshots of the LEAF testing on the roads here). And of course, it’s expected that the new LEAF will have at least an option for 200+ miles of range.

The Model 3, on the other hand, already has one strong competitor (at least in the US) that offers a similar range at a similar price point - the Chevy Bolt EV, which has been earning rave reviews (including from this writer, who recently spent a week with one, and was very impressed). By the time deliveries of the new Tesla start cranking up in earnest, it will face another challenger - the next-generation Nissan LEAF.

To be considered in the same league as Tesla however, Nissan will need to add autonomy capability, and it plans to do just that. The 2018 LEAF will include a new suite of features called ProPILOT Assist, which will allow it to drive autonomously on highways by keeping the car in a single lane and automatically braking to maintain its distance from cars ahead. ProPILOT first appeared last August, in Nissan’s Serena minivan, which is sold in Japan.

As Business Insider notes, the current version of ProPILOT is essentially adaptive cruise control, and doesn’t compare to Tesla’s Autopilot. However, Nissan plans to gradually upgrade ProPILOT, and says that it will support full Level 4 autonomous driving, which allows the car to drive itself without human intervention in most circumstances, by 2020.

“ProPILOT Assist supports drivers by helping control acceleration, braking and steering during single-lane driving on the highway,” said Nissan in a press release. “In the coming years, Nissan’s ProPILOT technology will offer increasing levels of autonomy, with the system eventually able to navigate city intersections.”

Nissan teased the new system in a short video:

Above: ProPILOT Assist technology will be standard equipment on the next-generation Nissan LEAF (Youtube: Nissan USA)

Of course, with seven model years under its belt and over 100,000 units sold in the US alone (almost 300,000 worldwide), it’s the LEAF that will be defending its title against the upstart Model 3, not vice versa. How does Nissan feel about the competition? Whereas BMW is presenting Elon Musk as a bogeyman to strike fear into its employees’ hearts, Nissan, or at least its CEO Carlos Ghosn, seems to have a more collegial attitude.

At a recent shareholders meeting, Ghosn had nothing but praise for Musk and Tesla (as reported by The Quebec Times).

“I have to pull my hat off to Elon Musk, who is a great salesman,” said Ghosn. “He is a very good person who sells very well the vision of his company. Good for him. We are not at all jealous - on the contrary, I consider that the more Tesla advances, the more Tesla develops, the more it helps us. No one denies that we are the biggest players in the field. In a way it helps us to market this technology and make it more desirable.”