Popular Mechanics Declares Chevrolet Bolt Its Car Of The Year 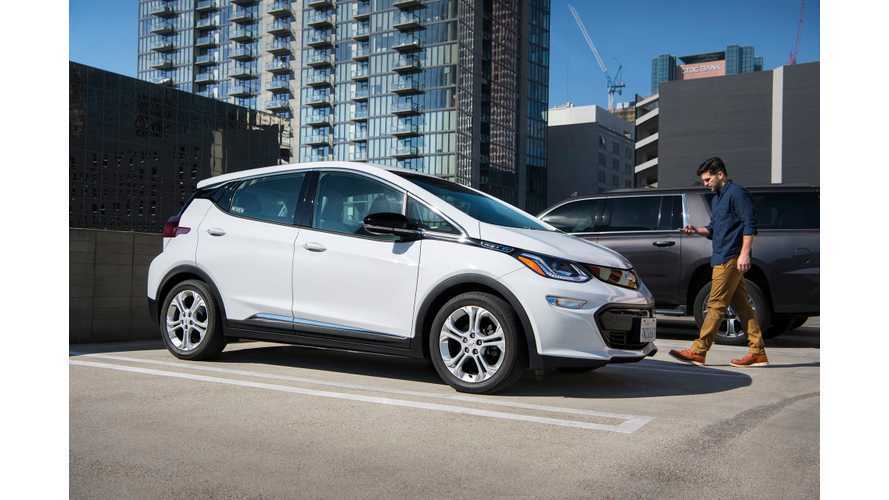 The ever-growing award case for the Chevrolet Bolt expands even more with this newest addition to the showcase.

Popular Mechanics has declared the Chevrolet Bolt its Car of the Year. The magazine calls 2017 the "year that automation and electric propulsion got affordable and fast," due largely to the Chevy Bolt.

"On specs alone, the Chevy Bolt looks like the Car of the Year. Without hyperbole, you can say that it fundamentally changes the economics of electric cars. To surpass the Bolt's 238-mile range, you'd need to spend more than twice as much money for a Tesla Model S 75."

But range and price alone isn't enough to secure the win. The fact that the Bolt handles solidly, has loads of interior space, and is fun to drive are other reasons why it was selected as Car of the Year.

"I execute a full-throttle merge that snaps both our heads back, the Bolt's front tires clawing at the pavement. "I wasn't expecting all that!"

"All told, we drive for perhaps four or five hours, and by the time I return the car it still shows more than 150 miles of range. No, you can't jump in and drive across the continent. But for the way most people really use their cars, the Bolt answers their needs while injecting an unexpected dose of fun. As good as it looks on paper, the Bolt is actually better to drive. And that's why it's our Car of the Year."

Other publications such as Motor Trend and Car & Driver agree with this and as such, have previously awarded the Bolt too.

Motor Trend Car Of The Year