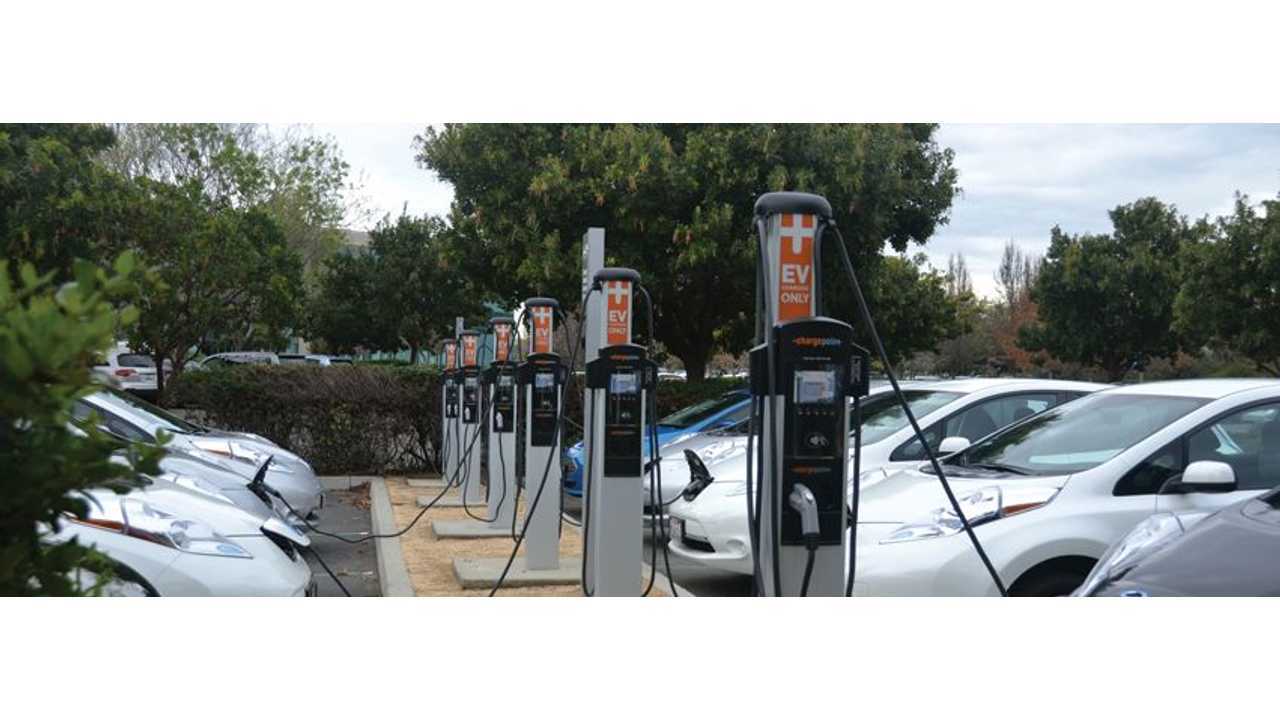 ChargePoint, now having data from nearly 25 million charging sessions, envisions that charging needs will divide into two categories - around 80% of charging will take place in home and work, while Another 20% will be at public sites (parking lots, street-side or fast charging stations).

We think given the company's roots in public charging, new foray into the ultra fast (~400 kW) public charging game, and our own experiences with owning plug-in vehicles, that the 4-1 ratio split being offered is skewed far too heavily to public station usage...but we will let it slide this time!

ChargePoint thinks offering home/commercial stations and next generation 400 kW fast chargers is one part of the equation.  The second part is a partnership with utilities to make use of electric vehicle batteries with smart metering and V2G.

Depending on actual electricity production from renewables, demand and other factors, utilities could use EVs to charge faster/slower or even postpone charging.

As long as EVs will be recharged within pre set time, it wouldn't affect owners.

"ChargePoint’s stance is bolstered by a new MIT study that suggests, in part, that electric cars that plug into the grid, could, collectively, act as a massive “virtual battery” for grid energy storage."

"The variable load of electric cars is a great match for variable generation."