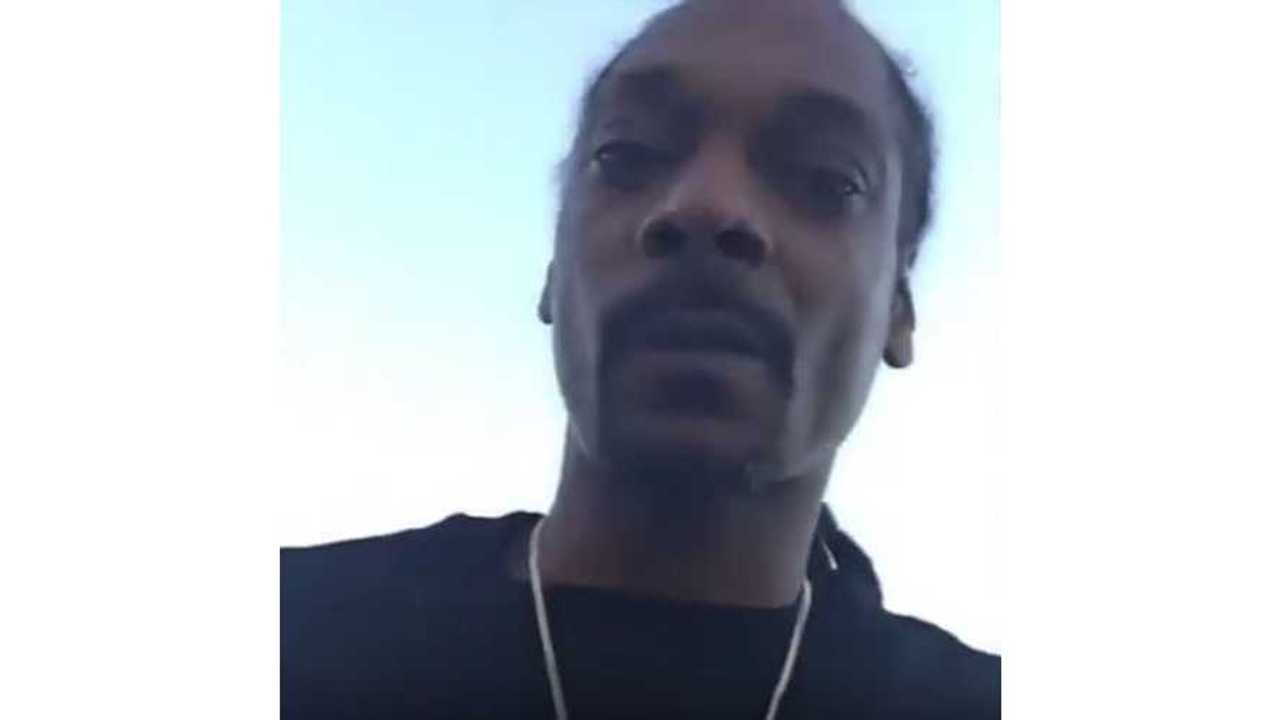 Of course, we're talking about Cordozar Calvin Broadus, Jr., or Snoop Dogg, Snoop, Snoop Doggy Dog, Snoop Lion and so on. The man has so many aliases we're not sure which one he currently prefers and neither is the YouTube video uploader who calls him by two different names in this video description:

"The Dogg went to his Snapchat to show off his brand new white Tesla! This is the vehicle that drives & parks itself. Nice whip Mr. Dogg!"

Lots of high-profile celebrities have been seen in Teslas. It's like Tesla has replaced the Toyota Prius as the cool, green-cred celeb vehicle and we're okay with that, as it drives brand recognition, especially among the younger crowd.

There's nothing particularly interesting in this video, other than the fact that all of Snoop's Tesla Model X Snapchat posts, Instagram images, Reddit thread, etc went immediately viral (as expected), so the cool factor bar for owning a Tesla has been raised yet again.

Here are some link to other related Snoop Dogg / Tesla content out there: