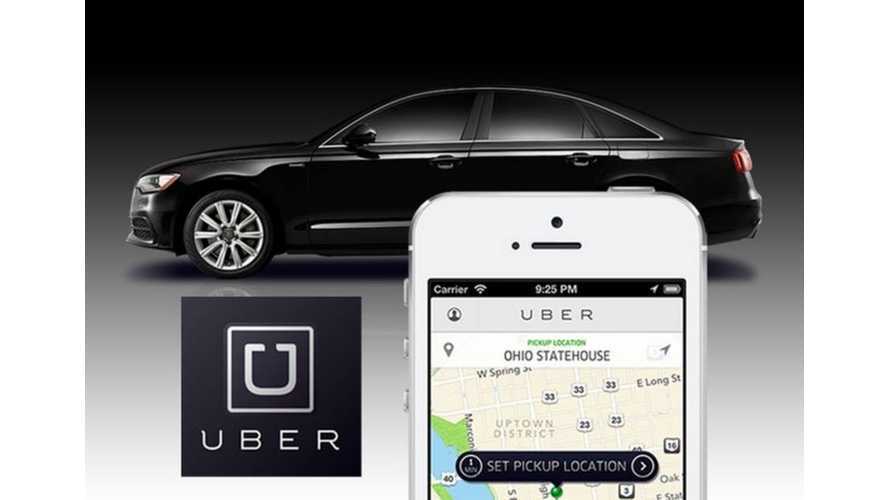 Last year, Uber started an electric vehicle initiative in London, and now the ride-sharing company is bringing it to the U.S.

Portland, Oregon is the first of Uber's official efforts to add hundreds of electric-vehicle drivers to its fleet. Currently, only about 100 of Portland's Uber employees, out of 6,000, drive EVs. Uber hopes that the new push will change this. Bryce Bennett, Uber's Oregon general manager, shared:

BMW e-Bike - Uber is also hoping to get it UberEATS driver to rent E-bikes for local deliveries.

“We’re launching this initiative in Portland because the city and the state of Oregon are national leaders in the transition to clean energy, fuels and vehicles.”

Portland has been somewhat of a "hub" for this sort of plan in the past, due to its green-friendly efforts and support.

Back in 2012, Daimler launched 30 electric vehicles in Portland as part of its Car2go program. However, it didn't last, because at that time charging infrastructure couldn't support the fleet. More recently, in December of 2016, BMW's ReachNow car-rental service added 30 BMW i3's to its Portland fleet.

The most substantial force behind such initiatives is Drive Oregon - soon to be renamed "Forth." The group was originally a state-sponsored EV advocacy group, but is now in the midst of a transition to a nonprofit, which will advance its efforts. Jeff Allen, executive director of "Forth," said of the Uber move:

“This is exactly the kind of public/private partnership that we need ...  “quickly spark a major boost in electric cars on Portland’s streets, clean up our air, and expose thousands more people to this great technology.”

The ride-hailing company is also partnering with Cynergy E-Bikes to make electric bike rentals an option for those that deliver for UberEATS.

Uber will use its EV Ambassadors program to offer incentives to EV drivers to educate customers about the vehicles. The company also plans to use its Xchange leasing arm to get more of its drivers to adopt electric vehicles.

The program will start this coming week and will have its opening ceremony at the "Electric Avenue" row of charging stations near Portland General Electric. Most Portland Uber drivers tend to charge their EVs in this location, near the World Trade Center.