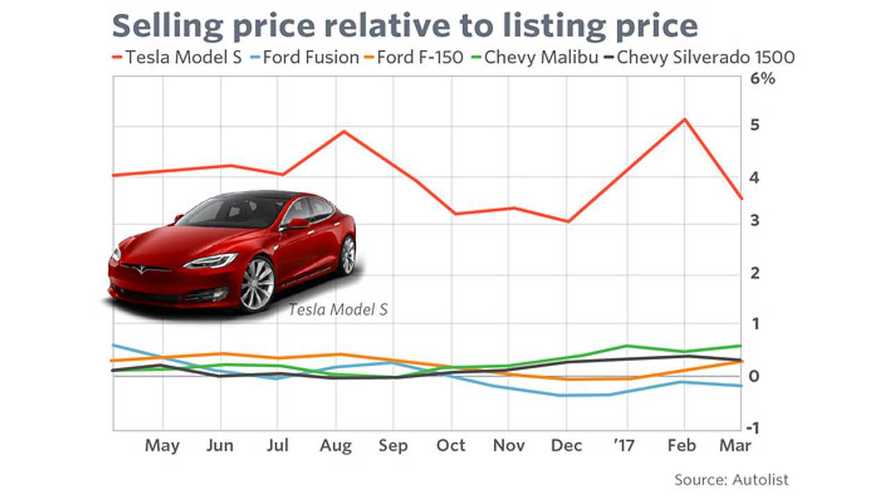 Used Teslas sell quickly and at near listed price.

That's the takeaway from results published by car-shopping site Autolist.

"Used Model S sedans had the briefest time on the market of all vehicles included in the survey, taking, on average, 87 days to sell. That was about 5% quicker than the average for vehicles in the model’s peer group, which included the Audi A7, the Porsche Panamera, the BMW 6 Series, the Mercedes-Benz CLS and the Lexus LS 460."

Turns out that used Model S EVs sell quicker than top sellers like the Ford F-150 and Chevy Malibu, too.

There's more to the story than just days on the market though.

According to Autolist, the Model S listing prices were "between 3% and 5% above their peer-group average for the past year," after accounting for price differences among the models. This means that the Model S actually sells for over what Autolist believes is fair market value. Alex Klein, Autolist.com’s vice president of data science, stated:

“We would expect top-performing vehicles in a peer group to have prices 2% above our adjusted expectations for the segment. But 3% to 5% above, and maintaining that level of performance over the past year? That’s surprising."

What this all means is that used Teslas are hot. They don't stay available for long and they sell at a price above expectations.