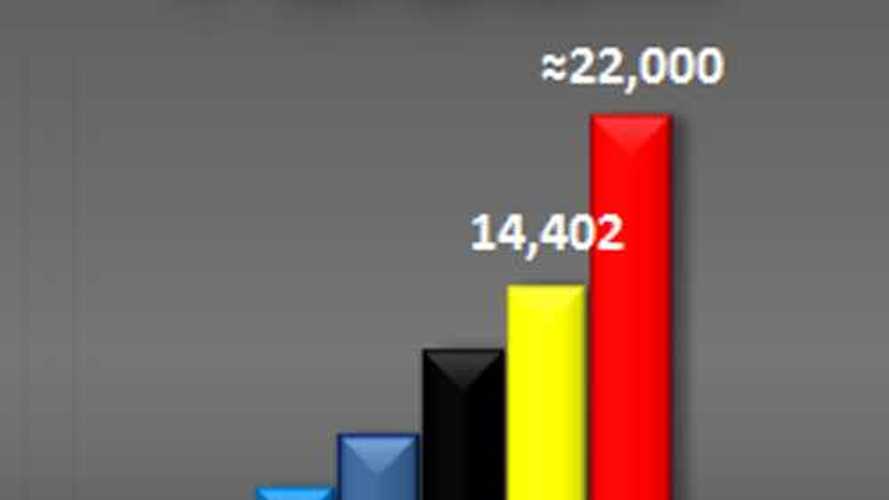 Our tracking of Tesla sales this year clearly shows more EV sales are now being made outside of North America, (around 12,000 in Q2 compared to about 10,000 in the U.S.).

In the first half of the year, we see the breakdown as follows:

As always it is easier to see the trends in automotive sales when all the data points are plotted on a handy chart:

And here is the cumulative results of combined Tesla Model S/X sales worldwide: