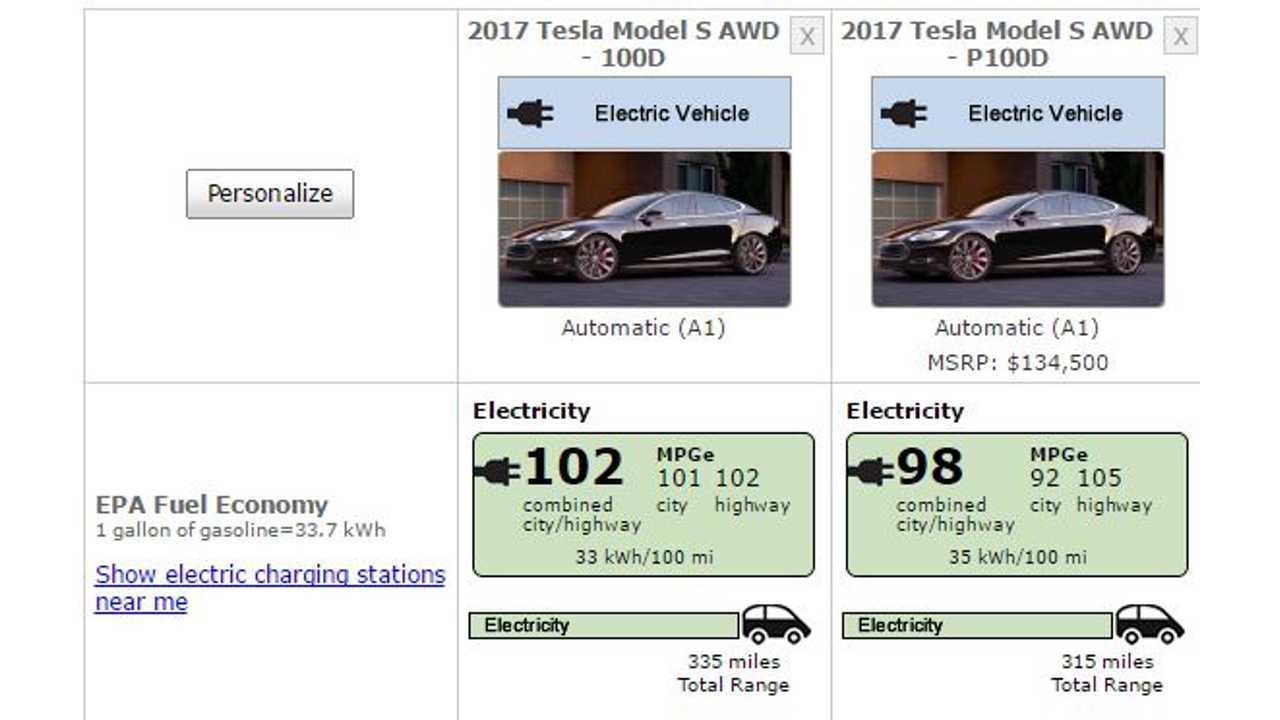 Constantly raising the electric range bar, Tesla has now shattered its previous production electric car range record by a whopping 20 miles to put the Model S 100D way ahead of the nearest competitor.

The Tesla Model S 100D (non-performance version) was just officially rated by the EPA and the numbers are impressive. Here's a detailed rundown:

We should note that the combined range was voluntarily lowered to 335 miles instead of it being a decimal figure that's ever-so slightly higher.

Here's the spreadsheet rundown of the two cars via the EPA's internal database: 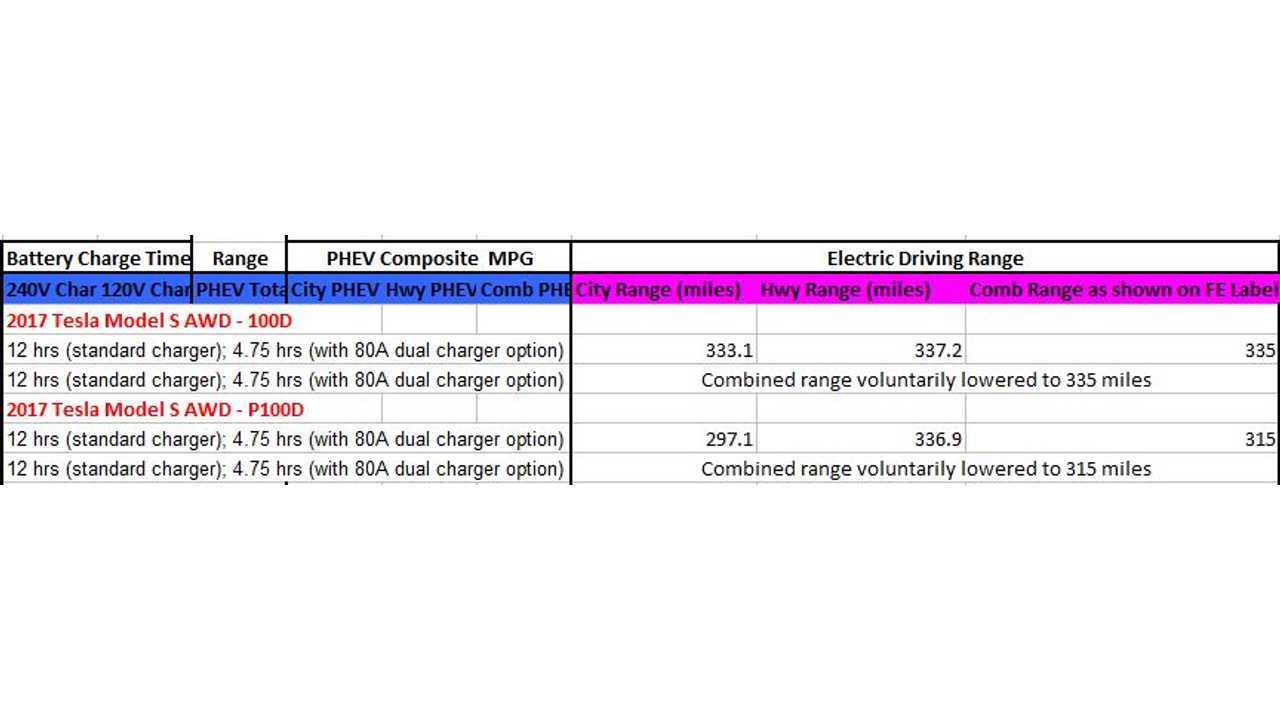 As for the MPGe ratings for the S 100D, those check it as follows:

See spreadsheet below for MPGe comparisons between the Model S 100D and the P100D. 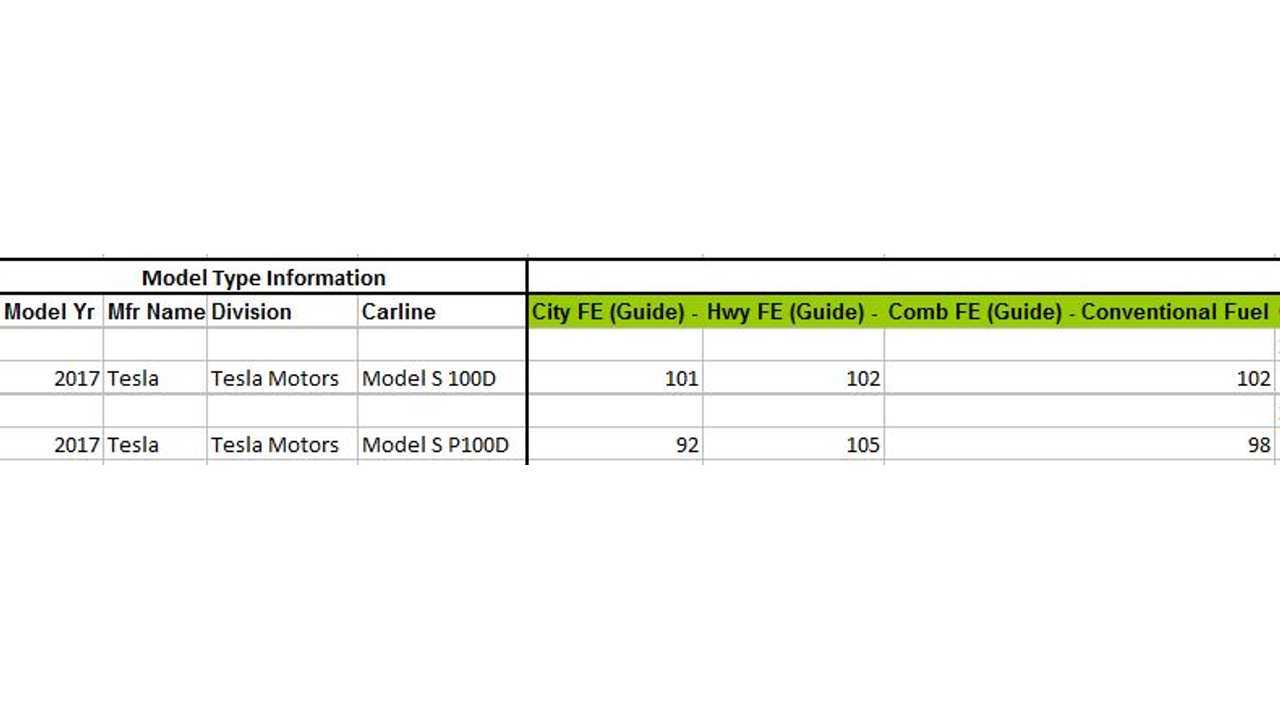 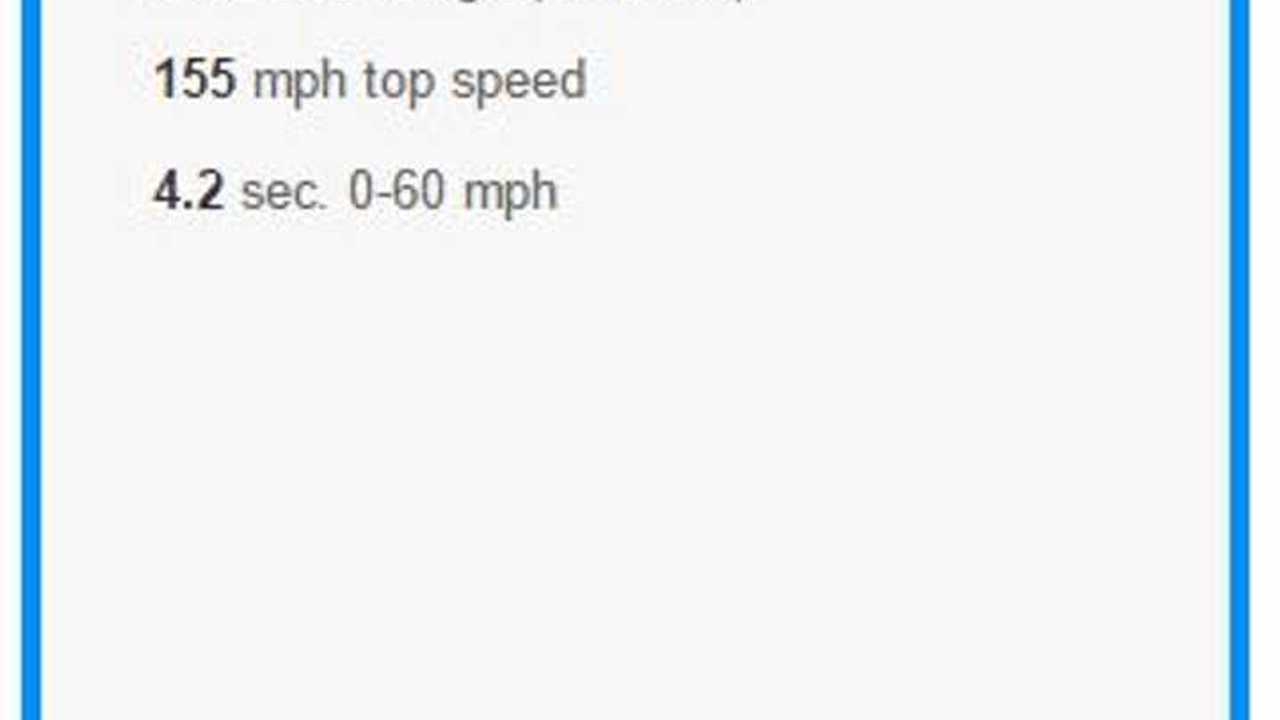 Tesla launched the Model S 100D three months ago and had it listed with an EPA-estimated range of 335 miles, so in that regard the automaker was spot on.

First Model S 100D deliveries actually began a few weeks back in some state before the EPA released finalized figures.

And who needs a car that accelerates to 60 in under 3 seconds anyways?

You can configure your own Model S 100D here.