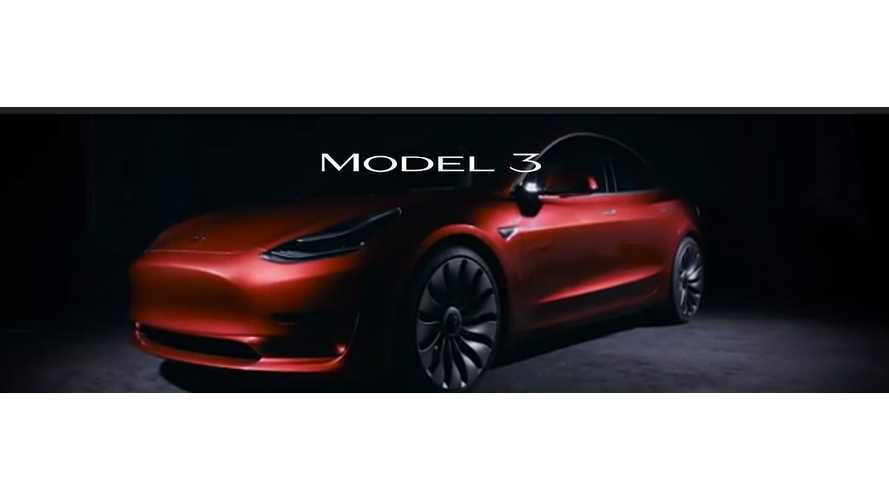 On Twitter, Tesla CEO Elon Musk teased "News on Sunday" and he delivered.

In a series of tweets, Musk revealed:

"Model 3 passed all regulatory requirements for production two weeks ahead of schedule. Expecting to complete SN1 on Friday." Then he followed up by announcing: "Handover party for first 30 customer Model 3's on the 28th! Production grows exponentially, so Aug should be 100 cars and Sept above 1500." He concluded by saying, "Looks like we can reach 20,000 Model 3 cars per month in Dec."

Wow... it's happening! So what's the takeaway from Musk's tweets? Teslarati speculates that, "Musk did not explicitly state what 'SN1' meant, it’s largely presumed to signify serial number 1 or the first official production Model 3 vehicle."

Furthermore, it's likely that, "With less than four weeks remaining before the first vehicles are handed over to their new owners, Tesla will likely do a limited launch of the Model 3 Design Studio to early customers. Musk noted during Tesla’s recent annual shareholder’s meeting that the initial rollout of the online configurator will provide buyers with a choice of color and wheel type."

We can get a good sense of the colors that will be offered by checking out Model 3 spy shots revealed over the past few weeks.

But, what wheel types will be available? That information seems to have been leaked via patents filed by Tesla and published online recently. According to X Auto World:

"Since Tesla has actually filed patents and got approval on all three wheel designs we can be sure that final production Model 3s will have Wheels not just wheel covers over basic rims even if the release candidates have similar looking wheel caps."

V-Spoke Wheel Design. "This wheel design first appeared on the Model 3 at the initial unveil evening on the Silver Model 3 prototype. These wheels are the most commonly seen on the Model 3 release candidates spotted frequently for the last few months. The v-spoke terminology is popular among the Tesla enthusiast community referring to the 10 spokes forming 5 beautiful V shapes of the wheel. Let’s compare v-spoke wheel design submitted for the patent by Tesla with the real wheel seen on a release candidate recently spotted at Harris Ranch."

Aero Wheel Design. "This wheel also made it’s first public appearance at the first unveil event evening on the Gray Model 3 prototype last year, but since than it was never seen in a leaked picture of a prototype, alpha or release candidate. Until the day came when after the VIP Tesla factory tour Andrew Batiuk and Co. found a blue Model 3 with these aero wheels on their spy mission that lead them to a secret Tesla facility as well. Let’s compare the patented design with a Model 3 release candidate’s wheel in the real world."

Wind Turbine Wheel Design. "Tesla got the approval on the wind-turbine wheel design as Tesla fans refer to this one (pic below). This design has only been seen on the first Model 3 unveil event last year and has been out of the public eye since. The Model S wind turbine wheel design is much different than this one and in my opinion looks better in comparison but for a $35 k mass produced electric-car it’s not bad at all. Let’s compare the patented design to the only time we saw this on a red Model 3 at the initial unveil evening."

Note: this wheel was also seen during the initial Gigafactory tour.

This last wheel design appears least likely to make it into production since we haven't spotted it on any release candidates. However, it's conceivable that the wheel could be offered later as an option for the Model 3 dual motor "ludicrous" performance model. In any event, we're looking forward to seeing the Model 3 configurator soon on Tesla's website. There's much more to come once that's finally revealed.