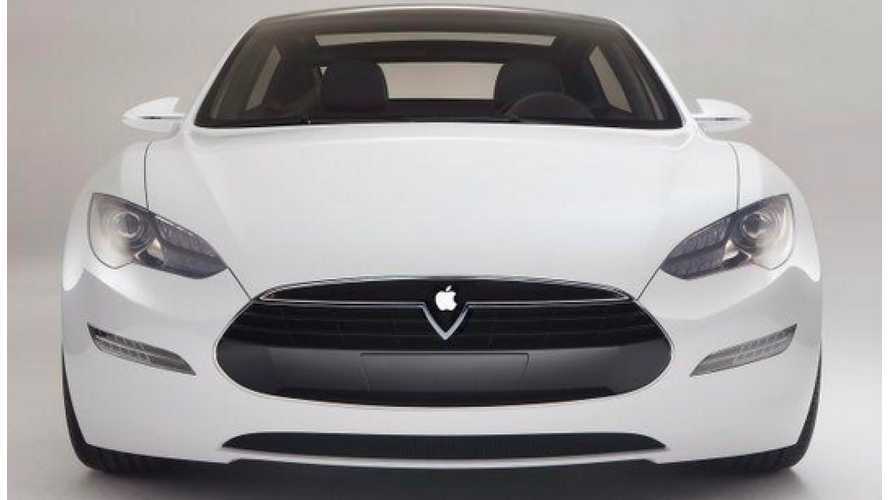 A look at a white Tesla Model 3 production candidate

One of the most famed Apple analysts, Gene Munster, commented on both Apple and Tesla related to their respective roles in the future of cars. Bloomberg reminds us that,

"Munster was known for his accuracy in predicting Apple Inc.’s financial potential. The company’s share price is almost 50 times greater now than when he first recommended the stock in June 2004. He’s ranked 11th out of 58 Apple analysts based on performance for the past year."

Munster told CNBC that "the reason investors are long Tesla is that there is a fundamental shift going on" — conventional cars will soon be viewed as "horses" compared with Teslas. Discussing the Model 3, Munster said that it's going to be "particularly cheap if you look at total cost of ownership." And he explained that, "The Model 3 is important, but what's more important is this bigger shift. Every Tesla that is shipping today is going to be fully autonomous in what Tesla is saying two years... this is going to be a huge shift in how we get around and Tesla is going to be a pioneer in this."

While Munster remains bullish on Tesla, he seems unsure on Apple's plans to enter the automotive industry.

In a recent Apple note to clients, Munster wrote, "We excluded auto from our model because Apple’s go to market strategy is unclear." Munster commented that Tim Cook's recent interview with Bloomberg (see below) provided "public confirmation is noteworthy" but still leaves Apple's automotive plans open to interpretation.

That said, how does Munster see Apple going to market in the automotive space?

However, Munster acknowledges that, "manufacturing a car is very different than manufacturing a smartphone." Furthermore, he notes that even though, "some think it makes most sense for Apple to acquire Tesla... this is most likely a fairy tale." And this week, more news surfaced that both Google and Apple have created somewhat limited alliances with rental car companies. That said, it appears these tech giants need to play catch up with Tesla as data is the new oil.